Jordanian Minister for Media Affairs Mohammed Momani on Saturday issued a statement accusing Israel of committing a “crime” by killing Mohammad Abdullah Salim Al-Kasji, 57, a Jordanian tourist who was shot dead by a police officer whom he was busy stabbing on Jerusalem’s Old City Shalshelet Street, in a terror attack on Saturday afternoon.

Police reported that Al-Kasji was part of a tour group that entered Israel from Jordan five days ago. Apparently, he stayed behind when his fellow tourists returned home.

Two people coming from the direction of the Western Wall tried to help the policeman repel the stabber. “When the policeman noticed that the terrorist was still fighting him with the knife in his hand, and despite the same policeman’s injury, he managed to pull out his weapon, cock it and neutralize the attacker,” the police said.

Police detained the owner of a booth near the scene, for trying to prevent a bystander from helping the policeman who was under attack.

Minister Momani did not mention the stabbing in his statement, saying instead that Al-Kasji’s death was a crime, and that Israel is responsible, as the occupying power in Jerusalem.

The 37-year-old policeman was taken to Sharei Tzedek hospital and is listed as moderately wounded.

Israel’s Security Minister Gilad Erdan praised the police officer for his professionalism and bravery, for battling and overcoming the terrorist, and preventing a much worse terror attack from happening. 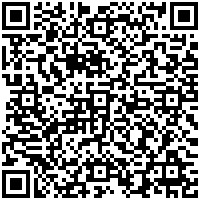