Stephen M. Greenberg, chairman of the Conference of Presidents of Major American Jewish Organizations, and its CEO, Malcolm Hoenlein, on Sunday reported about their visit last week to the United Arab Emirates, with a 70-strong delegation, and about the visit of other delegates of their group to Amman.

The meeting in Amman was with Crown Prince Hassan, since King Abdullah was out of the country.

The excursions to two Mid-Eastern Arab countries came ahead of the group’s 44th Annual Mission to Israel.

The discourse in the UAE focused on the strategic importance of regional cooperation against mutual threats. The country’s leaders expressed a desire to engage in constructive dialogue with the American Jewish community, which they see as sharing many of their interests in regional issues.

Chairman Greenberg said in a statement: “This was a strategically important visit. The leaders we met discussed matters pertaining to Iran, Yemen, Turkey, Qatar, regional extremism and how the Emirates are working with partners to address instability. The Emiratis emphasized the importance of their neighbor, Saudi Arabia, in this effort and stressed the need for international figures and the West to support their shift into the modern world. The leadership also highlighted that they take pride in their openness to the practice of all religions in the country.”

CEO Hoenlein said in a statement: “The depth of this engagement with the Arab World was unimaginable just five years ago. There is a real desire to have fruitful dialogue in an atmosphere of mutual respect on critical issues facing not only the region, but the world. The moderate Sunni Arab world is keen to open the door. Many see the American Jewish community as an important voice with common interests. And we are able to have our voice heard because we are clear in our intentions from the outset; we make it clear that we do not represent the governments of the Unites States nor Israel.”

Greenberg and Hoenlein emphasized Emirates’ tangible efforts to shift from an oil-driven economy to a knowledge-based society that is increasingly tolerant, empowering its women, modern, and rooted in education.

As to the mission to Israel, Greenberg remarked: “Our mission here is to educate the top American Jewish community leaders on the matters we are likely to face in the coming years and to discuss the role of the American Jewish community in countering issues such the threats posed by Iran, Syria, Turkey, Islamic extremism, as well as BDS and anti-Semitism, and promoting engagement of Diaspora Jewry with Israel.”

Hoenlein added: “We are here in Israel and marking the country’s 70th anniversary by engaging with leaders of Israeli society, journalists, innovators, and government ministers. We look forward to seeing, and being a part of, the amazing things that Israel will celebrate this year at 70.”

Sessions will be devoted to US-Israel relations – including a panel made up of former Israeli ambassadors to the US; military briefings regarding the situation in Israel’s north; the recent unrest in Iran; and special programs marking Israel’s 70th anniversary.

Palestinians Condemn US for Offering to Help 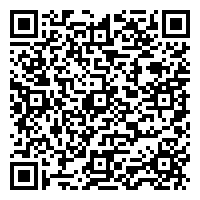