The families of two Israeli police officers murdered last Friday at the Temple Mount by three Israeli Arab Muslims are still sitting in their homes, mourning, and the country itself is in turmoil over the attack.

The average Israeli was shocked beyond belief to hear that such terror could take place on the Temple Mount, patrolled daily as it is by so many guards from the Islamic Waqf and Israel Police. It just made no sense.


Both Israeli police officers were members of the Druze community; both spoke fluent Arabic. Jews were constantly being expelled from the site for even a hint of wrongdoing. So, why?

Islamic Jihad aside, the specific motive is in fact still unknown. But sadly, bloodshed is not new to the Temple Mount, as Saudi Arabia’s King Salman, who is not young, undoubtedly remembers.

On Friday, July 20, 1951, on the very steps of the Al Aqsa Mosque — the third holiest site in Islam — Jordan’s revered King Abdullah I was assassinated while attending Friday prayers.

The Hashemite king, known as a moderate, was in Jerusalem that day to deliver a eulogy at the funeral of former Lebanese Prime Minister Riad Bey al-Solh, who had himself been murdered in Amman.

Although he had previously been warned quietly by Israeli intelligence that danger awaited him at the mosque, the king could not be persuaded to believe that any Muslim would harm him in such a place.

He attended the prayers at the mosque together with his young grandson, Hussein bin Talal.

But rumors were swirling around that Jordan and Lebanon were discussing peace with Israel.

The assassin, a 21-year-old follower of the ex-Mufti of Jerusalem, fired three bullets at point-blank range into the king’s head and chest as he and Hussein were ascending the steps to the mosque for noon prayers. Rumor has it that a medal that was pinned to the chest of 14-year-old Hussein at the insistence of his grandfather deflected one of the bullets, saving his life.

Although King Abdullah was succeeded to the throne by his son Talal, the monarchy soon passed to Hussein due to Talal’s weak mental health. Thus Hussein ascended the Hashemite throne at the age of 17.

King Salman of Saudi Arabia did not hesitate this past weekend to personally intervene as Custodian of the Two Holy Mosques, via a third party – the United States – to convince Israel to reopen the Noble Sanctuary to the faithful, to visitors and Jews. But he also made it clear, publicly, that there is no problem whatsoever with Israel’s enhanced security arrangements, including the installation of metal detectors at the entrances to the holy site. The Saudi monarch was blunt about the danger of terrorism, to everyone. 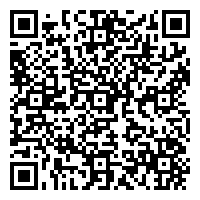