“Has the time not come for you to ask for a clear answer? Do you feel safe, knowing that your homes are located above gunpowder barrels?” Lieutenant Colonel Avichay Adraee, head of the Arab media division of the IDF Spokesperson’s Unit, tweeted Sunday evening, concluding:

“We recommend that you consider seriously the possibility of leaving the homes in question temporarily for your own safety. # Northern Shield.”

Last week, Adraee tweeted: “O inhabitants of Lebanon, this is the real truth. One in three homes in the south is a Hezbollah site. This is what happens in Kafr Kila and in most Shiite villages in south Lebanon. This is how Hezbollah’s South Lebanon party has turned into a terrorist stronghold under the auspices of the Lebanese government.”

The Wall Street Journal on Saturday quoted Israeli and American officials who say Israel has warned Lebanon it would strike Hezbollah in south Lebanon if the terror group continues making precision-guided missiles with Iranian help.

Israel estimates Hezbollah has 130,000 missiles, but only a few hundreds of them have so far been upgraded with GPS equipment for accuracy in hitting specific targets inside the Jewish State. An Israeli military official told the WSJ: “We are sitting on an explosive barrel. There’s a lot of armaments on both sides. We haven’t got any intention or will to get into a confrontation with Lebanon. Our problem is Hezbollah.” 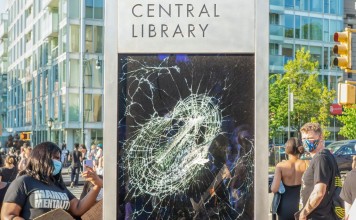