Hezbollah terrorist chief Hassan Nasrallah again threatened Israel over the impending extraction of natural gas from its Karish gas field off the coast of northern Israel, according to the Lebanese Naharnet news outlet.

Speaking in a televised address marking Arba’een, and annual Shiite religious observance, Nasrallah warned that any extraction of the resource by Israel from Karish would be a “red line” that would elicit a response.

“The red line to us is that there should not be extraction from Karish,” Nasrallah said.

Nasrallah has been trying to beef up his relevance by threatening Israel over the disputed area that includes Karish and the Qana natural gas field.

The Iranian proxy has a significant presence in Lebanon’s parliament, but has lost some of its popularity with those threats, which many Lebanese fear could jeopardize a deal being negotiated by US energy envoy Amos Hochstein that could reboot the country’s crashing economy.

Hochstein was in the region earlier this month to continue the negotiations between Israel and Lebanon over their mutual maritime boundary. The talks include demarcation of who has access to which Mediterranean offshore gas field.

Hochstein told reporters after meeting with Lebanon’s President Michel Aoun, deputy parliament speaker Elias Bou Saab and General Security chief Abbas Ibraham that the talks to resolve the conflict have made “very good progress” but that more work was required to reach a final deal.

Israel’s Energy Ministry said Friday there will soon be a test run at Karish, with gas being pumped from Israel to the rig at the gas field to check the line before beginning extraction.

On Thursday (Sept. 15) Israel’s National Security Adviser Eyal Hulata said at a conference held at Herzliya’s Reichman University that the Karish gas rig, run by UK-based Energean, will be brought online as soon as all the tests have been completed.

Extraction is expected to start next month.

Speaking at the same event as Hulata, Defense Minister Benny Gantz warned that if Nasrallah wants to disrupt the current US-brokered talks over the maritime border, “he’s welcome to do so, but the price will be Lebanon.”

Gantz said Israel is ready to reach a deal “that will assist both countries economically and energy-wise. I believe there will be two gas rigs in the sea – one on the Israeli side and one on the Lebanese side.”

But he added, “We will protect our gas rig regardless.”

On Saturday, Nasrallah said Hezbollah, Lebanon’s Iranian proxy, “sent a very strong message” to Israel about the test run – and that Israel clarified there would be no extraction from the gas field during its test run.

“We’ve been calm over the past weeks because we were giving a real chance to negotiations,” Nasrallah said. “Our objective is to enable Lebanon to extract oil and gas and we are not seeking a problem.”

Nevertheless, he added, “We are following up on the negotiations and all our eyes are on Karish and our missiles are locked on Karish.

“As long as extraction has not started, there is a chance for solutions. . . We will not allow that oil and gas be extracted from the disputed Karish field before Lebanon obtains its rightful demands,” he said.

“Things are calm now. . . but if a confrontation is imposed [on us], it will be totally inevitable.” 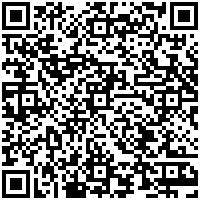