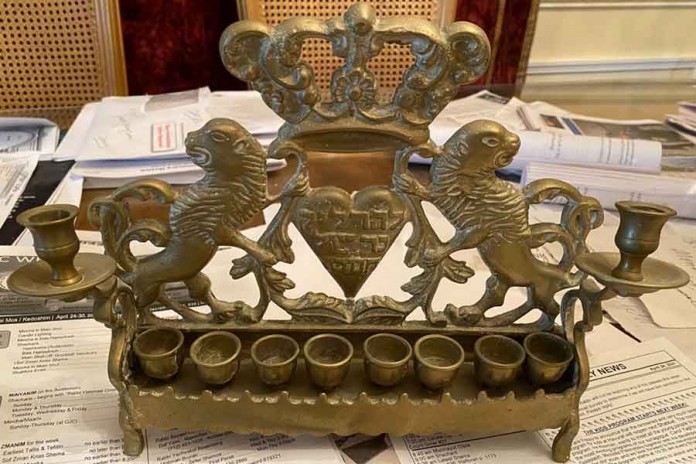 I am curious if this besamim box is worth something. It was given to me after my wedding by my uncle in Denmark in 1986. I’m not sure where he got it.

Your spice tower is of a style used by well-to-do German Jews as early as 1730 and is known as a “Nuremberg type,” as those old examples were hallmarked on the base with a city manufacturing mark of “N” for Nuremberg. An original example from that era can be worth tens of thousands of dollars. Unfortunately, based on the photos you sent me, including of the hallmark, what you have is a post-World War II copy.

It makes perfect sense that your uncle in Denmark gave you the spice tower, as the hallmark on the base of “830” is a standard of silver that is most common with objects made in Scandinavia. Even though your spice tower was made in the last 50 years or so, I can see it is very well crafted, as the silver appears to be thick and with fine detail in the engraving. It even has a nice, natural dark patina that has developed, which makes it look much older than it actually is!

I do see there is a serious dent on the base. I would get that professionally straightened out. After the dent is taken care of, because you have such a high quality and attractive copy of a much sought-after, older style of spice tower, the value would be $600-$800. 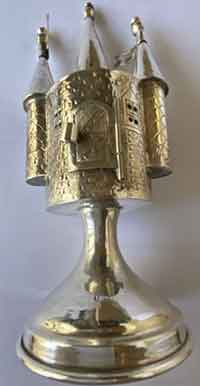 Despite my best efforts, I could not find any references to the hallmark of “E. Garcia C.” which appears on your sterling silver spice tower. Based on the method of manufacturing of your piece (“holloware”), as well as the style of decoration, it is clear to me that this dates to no earlier than the 1960s, and was most likely made in the USA. Value: $100-$150.

I am inquiring about this spice box I’ve had for many years. Thanks for any information you might be able to offer.

What you have is a modern interpretation of a two-hundred-year-old spice tower from Galicia. Based on the construction (solid, heavy silver with dense filigree work), and overall appearance, your spice tower was made sometime after 1970, either in Israel or possibly Portugal or Spain, which had an immense output of silver Judaica made in an “antique style” beginning in the 1960s. Value: $250-$350.

This Chanukah ‏menorah has been in my family for many generations. Do you know where it originated and what its approximate value is? 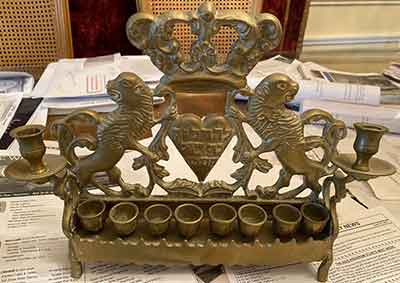 Your Chanukah menorah is one of a vast number of types of examples made in heavy brass that originated in Poland and the Ukraine. These menorahs were made by a process known as “sand casting” and were cast repeatedly, spanning from the 18th century until the early 20th century. Generally, the heavier and more finely cast the menorah, the earlier the date of manufacture. Based on the multiple photos you sent me of every area of the menorah, your piece dates to about 1900.

The collector market for your menorah and other similar pieces is based almost entirely on age. Eighteenth-century examples are always desirable, as these are from the first generations of castings. From the mid-19th century onward, the market shrinks rapidly collector-wise, as many examples are to be found from that era, and consequently, the value drops significantly. Value: $500-$700.

Hi! I enjoy your articles in The Jewish Press and was wondering about your thoughts on these candlesticks. What I know is that between World Wars I and II, my great-grandmother left Europe with these, and that’s almost all she left with. I inherited them and took them to get professionally cleaned and lacquered 10 years ago. I’d like to repeat the process and wanted to know your valuation on these. 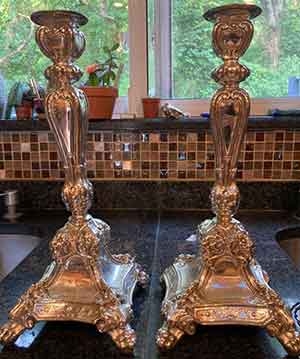 The key to identifying the origin and age of your candlesticks was the close-up photo of the hallmarks you sent me. Your candlesticks were made in Vienna, Austria between 1872 and 1922 and are made of .800 silver, which is a slightly lower grade of silver than the accepted norm today of .925, better known as sterling. Even though you inherited them from your great-grandmother and they were likely used to light candles for the Sabbath and holidays, they are not considered Judaica, as they were made for the general marketplace.

As to value, I was able to locate a pair nearly identical to yours, with the same hallmarks, that sold on February 27, 2019, at a well-known auction house in Chicago called Hindman Auctions. That pair sold for $562. However, in a retail setting such as an antique shop you would expect to pay between $800-$1,000 for your candlesticks.

What is the value of this menorah? Thank you. 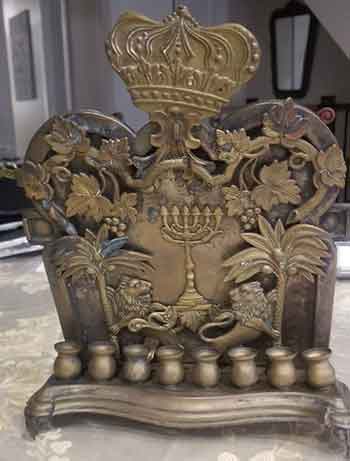 Well, that’s straight to the point! However, for the benefit of our readers I am going to expand a bit on my reply. Your Chanukah menorah is made of brass that was originally silver-plated. You’ll notice a very small stamped mark on the reverse side that says “Warszawa,” which is the Polish spelling of Warsaw, as that is the city where it was made. Your type of Chanukah menorah was made on an industrial scale in factories in Warsaw between approximately 1890 and 1914 for the enormous Jewish population that existed in Poland at that time. (In 1939, there were 3,300,000 Jews in Poland; 90 percent were murdered during WWII and roughly 300,000 were left by 1945.)

Because so many examples of your type of menorah appear in the marketplace with regularity, their value can be somewhat modest. Unfortunately, you are lacking both the servant light and the oil jug, and I can see there is some loss/damage to the decorative elements such as the crown at top and the depiction of the Temple Menorah in the center. Due to these problems, your menorah has a value of about $50. If your menorah had no damage and retained both the servant light and oil jug, the value would be $400-$600. 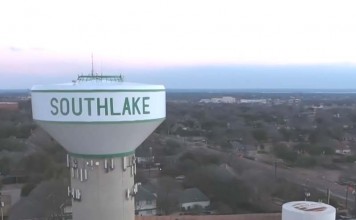 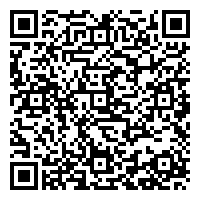