The Iranian-backed Hezbollah guerrilla organization rose magnificently — dangerously — in Lebanon’s parliamentary elections this past Sunday, garnering a victory in at least eight of the 15 redrawn voting districts in the country. Hezbollah leader Hassan Nasrallah said in remarks that the win guarantees the protection of the “resistance” against Israel.

Unofficial results indicated that Hezbollah has won at least 67 of the 128 seats in the parliament; but the number of Hezbollah MPs was little changed, at around 13, according to the British Broadcasting Corporation (BBC). Hezbollah, Amal and their allies won in the three southern districts, as well as in Beirut II, Mount Lebanon III and in the three Beka’a districts. The Lebanese Forces those registered in Ba’albek-Hermel also voted for Hezbollah, Amal and their allies.


Lebanese Prime Minister Sa’ad Hariri’s Future Movement did not turn in a stellar performance; in comparison to the 33 seats his party won in the previous election in 2009, Hariri’s party won only 21 seats this time around. Nevertheless, Hariri is still expected to be asked to form the new unity government.

“We had hoped for a better result, it’s true,” he told reporters. “And we were hoping for a wider bloc, with a higher Shia and Christian representation, that’s also true. But everyone could see that the Future Movement was facing an attempt to eliminate it from political life.”

Some 49 percent of eligible voters turned out, according to the unofficial results of Sunday’s election, the first poll conducted under the new proportional representation system and the first election since 2009. Of the 3.8 million Lebanese citizens who were registered to vote, some 800,000 cast their ballots for the first time at the 6,800 polling stations.

The al-Marda movement, headed by former minister Suleiman Franjieh, won four seats with his allies in the north. The Progressive Socialist Party headed by MP Walid Jumblatt maintained its parliamentary majority after most of its candidates won in their various constituencies. The National Free Patriotic Movement also strengthened its parliamentary presence with victories for its candidates in most electoral districts. The most prominent was the party’s president, Gebran Bassil, in the Third North Circle, Minister César Abi Khalil and former Minister Mario Aoun in the Fourth Mountain. The Phalange Party bloc lost most of its candidates, with the exception of three, including party leader Sami Gemayel.

“The Lebanese have had their say, and the word of our candidates was clear after our battle on different fronts,” said Hariri. “No one can break the Future Movement in Lebanon,” he added. “I extend my hand to everyone who participated in the elections, to preserve stability and create jobs; I know that Lebanon can only be ruled with all of its political elements.” Hariri vowed to continue working closely with president Michel Aoun, who is backed by the rival bloc led by Hezbollah.

Both Hariri and Hezbollah secretary-general Hassan Nasrallah were expected to speak in the evening.

The official results of the election are expected to be available by the end of Monday.

The next political phase in the country begins with the election of a parliament speaker, and then the naming of a president responsible for the formation of the government. Hariri is expected to remain as prime minister, and Aoun is expected to remain as president, inasmuch as the law stipulates the prime minister must be a Sunni Muslim, the speaker of the parliament a Shia, and the president a Maronite Christian. 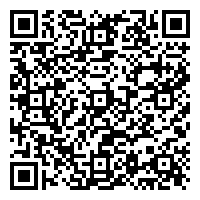