Al-Hadath, a news website managed by Al Arabiya and sponsored by investors in Saudi Arabia, Kuwait, and the Persian Gulf states, on Saturday reported, citing “informed sources,” that experts from the Lebanese Hezbollah are supervising camps belonging to the Houthi militia in separate areas of Al-Hodeidah Governorate, in western Yemen.

The sources identified the locations of 7 camps spread to the east and north of the city of Hodeidah and near the coast of the Red Sea. The camps reportedly secure the smuggling of Iranian weapons and pose a threat to international shipping in the Red Sea.


The most important of the camps is dubbed by the militia “the greatest messenger” in the Al-Qanawas area. This camp is home to experts from Hezbollah and specializes in training the leaders of the Houthi groups, who number about 400, who receive training in leading the groups that will command the so-called “commando brigades,” modeled after the Popular Mobilization militia brigades in Iraq.

Video footage online shows a group of Houthi militia members receiving training in the vicinity of a port in Hodeidah.

The Houthi movement, officially named Ansar Allah (Supporters of God), is an Islamic political and armed movement that emerged from Sa’dah in northern Yemen in the 1990s. The movement is called Houthis because its founder is from the Houthi tribe. They are mostly Shiites, with a few Sunnis. In 2014–2015, Houthis took over the government in Sanaa and announced the fall of the government of Abdrabbuh Mansur Hadi. Houthis have gained control of most of the northern part of Yemen’s territory and since 2015 have been resisting the Saudi-led military intervention in Yemen that seek to restore the internationally recognized Yemeni government to power.

On Thursday, the legitimate Yemeni government called on the Arab countries of the region to “not be satisfied with the standby” in Yemen which is the result of Iranian aggression that threatens regional and international security.

The government confirmed that, with the support of the Saudi-led coalition, it is waging “a historic and decisive battle to confront the Iranian expansionist plan and the policies of spreading chaos and terrorism in the region.”

The confirmation came in a statement by the Yemeni Minister of Information Muammar Al-Eryani, who claimed that the recent Iranian moves clearly revealed the truth about the battle that has been going on in Yemen for the past five years. 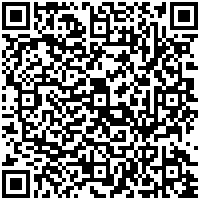