For many years it has been commonly accepted that there is an “Arab world.” That world had a unifying institution in the Arab League, a leadership body in the Arab Summit, and a more or less unitary agenda centered around the desire to see Israel disappear and a Palestinian state take its place.


That last element now belongs to the past. For several years now, the so-called “Arab world” has ceased to be what it once was. What exists today are two hostile coalitions that are fighting one another with great tenacity and no sensitivity to the casualties being suffered on either side.

One of these coalitions contains Iran, Iraq, Syria, Lebanon, Yemen, Qatar, and Gaza, and it is supported from the outside by Turkey, Russia, and China. Against it stands an opposing coalition made up of Saudi Arabia, the UAE, Bahrain, Egypt, Jordan, Morocco, Sudan, and Israel, supported from the outside by the US. The remaining Arab states lie somewhere between the coalitions.

Israel has been added to Saudi Arabia’s coalition because—and only because—it has proven in recent years that it is the only country in the world capable of inflicting, time after time and at an average frequency of once a week, severe blows on an Iranian force or a pro-Iranian militia in Syria. The Saudi coalition has noted with interest that with the exception of a single instance, Tehran appears to be afraid of hitting back at Israel. Israel is thus effectively deterring Iran.

For the sake of comparison, recall that in September 2019, Iran attacked Saudi oil-producing facilities and paralyzed a considerable part of the kingdom’s oil industry. Did we hear about a Saudi response? For that matter, have we heard about a response by any country to Iran’s attacks on oil tankers in the Persian Gulf or the Red Sea? Is Riyadh capable of deterring Tehran now that the Saudi army has failed in its attempt to destroy the Houthis in Yemen?

In the current situation, with Iran collecting Arab countries like old clothes, Israel—which in the past was considered “the problem”—has become part of the solution. It turns out that there are things more important to some countries than a resolution of “the Palestinian problem.” This means the biggest losers from the deep division in the Arab world are the Palestinians, and with them all who believed that Israel would be perceived as the Arabs’ ultimate enemy until the problem was solved to the Palestinians’ satisfaction. Now that the “Arab world” as it was once constructed has ceased to exist, the “Israel problem” has become a thing of the past.

There are several reasons for the marginalization of the Palestinian issue. The first is the escalation of the Iranian problem to the level of an existential threat, while the Israeli-Palestinian problem is not an existential threat to anyone. The second is Palestinian behavior over the years, and particularly in recent years. The residents of Saudi Arabia and the UAE well remember that Yasser Arafat backed Saddam Hussein when the latter took over Kuwait in 1990. The Saudis are also angry because the Palestinians violated the Mecca Agreement of February 2007, which was supposed to put an end to the rift between Fatah and Hamas. (Hamas is an offshoot of the Muslim Brotherhood, the Saudis’ nemesis.) They are also incensed that the Palestinians are willing to accept aid from Iran.

Meanwhile, deep processes are at work. The younger generation of Arabs did not experience the “Palestinian nakba” and it is not part of their historical memory. The “Arab Spring,” which precipitated the collapse of regimes and economies and the rise of the Islamic State, threw millions of Arabs into great distress and mass emigration for a life of refugee status, poverty, and suffering far from home. The Palestinians’ belief that those Arabs should fight for the “liberation of Palestine” is not uppermost among their concerns.

As for Palestinian conduct, here is an interesting case. One of Israel’s harshest critics is Jamal Rian, the brain behind Aljazeera and its main newscaster. He was born in Tulkarem, moved to Jordan, and became a prominent activist in the Muslim Brotherhood. It was recently revealed that Rian’s father was a land dealer who, before Israel’s establishment, sold sizable tracts of land to the Jews. What Arab wants to be a “sucker” and fight Israel to liberate for Jamal Rian the lands his father sold to Jews, a transaction that did not exactly harm his son financially?

Another factor that works against the Palestinian ethos is the huge increase in the use of social media. Today, any Arab can see the truth about Israel without needing to rely exclusively on his government’s propaganda outlets for information. Automatic translation allows him to “read” Hebrew websites even if he does not understand a word of Hebrew. This makes it much harder for the Palestinians to keep selling “the problem” the way it used to. Indeed, many Arabs now intentionally misspell “the problem” in a way that expresses contempt for it.

The Arab world of 2020 differs from that of 2000 in many ways. It is not the delusional “new Middle East” envisaged by Shimon Peres but its complete opposite: a region that is violent, fractured, rife with failed states, and afflicted with mass killing. But these unfortunate developments work in Israel’s favor. True, there is still no small hatred among Arabs for Jews and the Jewish state that must be acknowledged and contended with, and there are still hundreds of thousands of rockets surrounding and threatening Israel. Nevertheless, the trend is clear.

The peace and normalization between Israel and the UAE and Bahrain signifies the collapse of the old theories, enabling the Jewish state to be accepted as a member, not an enemy, in the “right” coalition. 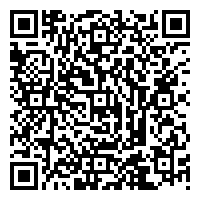