At least six people were killed and many others injured on Thursday by gunfire aimed at Hezbollah supporters in Beirut. One of the dead is a woman who was hit by a stray bullet at home.

Lebanese Prime Minister Najib Mikati issued a statement to the public, calling for calm and for refraining from being drawn into civil war for any reason. The prime minister added that he was monitoring the steps taken to regain control of the incident in front of the army commander.

Hezbollah was protesting against the head of the state commission of inquiry appointed to investigate the disaster explosion at the port of Beirut last year, in which more than 200 people were killed (Massive Explosion in Lebanon’s Beirut Harbor, Dozens Buried Under the Ruins).

An exchange of gunfire broke out between the demonstrators, members of Hezbollah and the Shiite Amal movement, and the shooters – snipers who were stationed on the balconies around the demonstration.

Local journalists reported Kalashnikov fire, as well as RPG rockets. Many bullets hit homes and buildings around the protesters who marched along the borderline between Shiite and Christian neighborhoods in Beirut.

A sniper opens fire at a Hezbollah-Amal protest to demand the removal of Bitar, the judge in charge of investigating the Beirut port explosion. There are dead and wounded. A very dangerous escalation pic.twitter.com/lZdWIlXHep

Amal and Hezbollah issued the following statement in response:

“At 10:45 AM, as demonstrators were peacefully heading to the Palace of Justice to denounce the politicization of the investigation into the port explosion, upon their arrival to the Tayouneh area they were exposed to direct shooting by snipers positioned on the roofs of buildings. The intense shooting led to the fall of martyrs and the serious injury of many, as gunfire was aimed straight at the heads of demonstrators.

“This attack by armed and organized groups aims to drag the country into deliberate strife, the responsibility for which must be borne by the instigators and the parties that hide behind the blood of the victims and martyrs of the port to achieve malicious political gains.

“Amal and Hezbollah call on the Lebanese Army to fully assume its responsibility and intervene quickly to arrest the criminals. We also call upon all supporters and partisans to calm down and not be drawn into malicious sedition.”

Near the heart of the riots stands a French school, whose hundreds of students are now besieged by street shootings. Students gathered in the school’s main hallway in an attempt to protect themselves from stray gunfire through the building’s windows. According to some reports, there are hundreds of residents, some students living in dormitories in the area as well as schoolchildren, who are besieged in buildings around the riots. 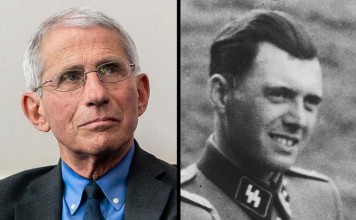 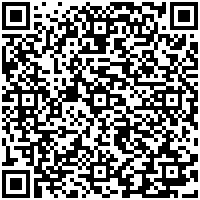