The IDF published classified information about the “Golan File,” the name for the unit which is commanded by Ali Musa Daqduq, a senior operative in the Lebanon-based terrorist organization. The new terror cell has been operating in Syria, unbeknownst to the Assad regime.


As early as 2013, the area of southern Syria, with an emphasis on the Golan Heights, has been the best area for the Hezbollah terror organization to develop. That same year, Syrian President Bashar Assad announced the opening of the Golan Heights to terror groups operating against Israel. As a result, Shiite elements, primarily Hezbollah, began to establish infrastructures in the region, under the command of Samir Kuntar and Jihad Mughniyeh. According to foreign reports, these infrastructures were foiled, but they were able to carry out hostile terrorist activity between the years 2013-2015. Kuntar and Mughniyeh were both reportedly assassinated by Israel.

“The key point is that when the civil war in Syria came to an end, Hezbollah, which had already established its presence in southern Syria to advise and train the Assad regime in fighting the rebels, lost is legitimacy for its presence in the region,” an intelligence source in the IDF’s Northern Command explained.

Therefore, Hezbollah decided to establish a secret unit with greater operational and organizational readiness than those previously thwarted, which would know how to act against Israel when ordered to do so. The new unit began implementing these operational changes in the summer of 2018.

The intelligence source further explained that the purpose of the Hezbollah infrastructure is to act against Israel at a time of deterioration. The infrastructure is at its preliminary stages and has yet to reach the level needed for operational activity, and is still in the process of development and consolidation.

Hezbollah’s “Southern Command” in the Golan Heights is helping the classified unit, with an emphasis on strengthening its ability to gather intelligence on Israel.

The unit’s commander, Ali Musa Daqduq, has served in a variety of operational positions on the Lebanese front and took part in operations against the IDF between 2003 and 2006.

In 2006, he was sent to Iraq to establish a terrorist infrastructure against the US forces, and after killing five troops, was imprisoned. Upon his release, he was appointed to train Hezbollah’s Special Forces until 2018, and then he was appointed the commander of the Golan’s special unit. He is considered a professional and respected commander and has close ties with the organization’s leadership.

The unit’s main headquarters is based in Beirut, while an operational headquarters in Damascus is concerned with directing the Golan Heights front. The man at the helm of the Golan File is Hezbollah operator Abu Khsein Jedad.

The active infrastructure, according to the report, is located near the border with Israel and within the villages in the area, with the emphasis on Irna, Khatr and Quneitra, and the unit’s operatives are Syrians living in the villages. Some of the operatives have previously acted against Israel, and their primary objective is the collection of intelligence.

The infrastructure includes only a few dozen operatives, but they are well equipped. Some of them have undergone training in sabotage, sniping, and the use of Grad rockets by Hezbollah. The unit’s command may try to transport additional weapons from Lebanon or to use the existing Iranian stockpiles in Syria, the IDF officer said.

Some Syrian residents joined the unit for economic reasons, and not for ideological reasons. They do not know for which body they work, the IDF noted.

The Hezbollah infrastructure established itself under the auspices of local political parties, semi-military infrastructures and Syrian civilian associations. All of these organizations have the right to operate in southern Syria and the Golan Heights, and therefore serve as a good cover.

The unit is currently concentrated on gathering visual and media intelligence and surveying the area of the Israeli-Syrian border. The Syrian field operatives use observation posts and military installations along the border for this purpose.

The positions, which belong to the Syrian army, are manned by Syrian soldiers who work alongside operatives from Hezbollah’s Southern Command.

“The proximity of these towns to Israel is what enables the activists to carry out the surveillance work on an ongoing basis, and does not reveal their true purpose,” the intelligence source said. “Today, it is clear to us that this goal is to transmit information about the routine activities of our forces to Hezbollah and senior officials in the unit.”

The unit is compartmentalized, and even unit members don’t know about each other.

“In this manner, the leadership of the unit can act in secrecy in the region without fear of the regime’s recognition of the infrastructure,” the IDF explained.

“The south of Syria is not at the top of Bashar al-Asad’s priorities – and there is a lack of governance in the region,” the source added.

“We have a variety of tools confronting this infrastructure, and as an intelligence body we use all of them,” the Northern Command intelligence source summed up while estimating that the IDF’s exposure of the unit will lead to its demise before it becomes operational. 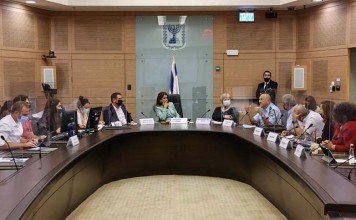