The Hezbollah-affiliated Lebanese newspaper Al-Akhbar reported Wednesday that the Syrian army continues to concentrate forces in southern Syria at a rapid pace. The newspaper also reported that there had been fire exchanges between the Syrian regime and the rebels in the eastern suburb of Daraa between the villages of al-Lajja and Busser al-Hariri for the first time since the summer of 2015.

Daraa province, with its capital Daraa, is located in south-western Syria and bordered by Jordan to the south, Israel’s Golan Heights.


According to the report, the Syrian army tried to hit the crossings used by the rebels to transfer forces and reinforce the fronts. The rebels, for their part, responded by firing at the Assad regime positions.

On Tuesday it was reported that a substantial portion of this week’s meeting in Amman between Prime Minister Benjamin Netanyahu and Jordan’s King Abdullah II dealt with the issue of Syria, particularly Iranian activity there. During the meeting, the two leaders coordinated their positions on Iran, as well as on proposed cease-fire zones in near the Syrian border involving Russia, the United States and Jordan.

Both Israel and Jordan fear that Iranian militias reach the border and become assimilated by the Assad regime. Over the past week there were reports of Iranian militias and Hezbollah members who were dressed in Syrian army uniforms.

A commander in one of the rebel factions in southern Syria said on Tuesday night that they are on high alert: “We are still adhering to the ceasefire agreement, but if the regime attacks one of our units in southern Syria, it will receive a torrent of volcanoes of fire.”

Which proves the assertion that many rebels are former graduates from departments of poetry from across the region’s colleges.

In recent days there have been many reports of large forces that the Assad regime is moving into the Daraa area, in preparation for a major attack against the rebels on the border area with Israel. On Tuesday, the regime’s army distributed flyers in advance of the operation, urging local residents not to help the rebels and expel them from their midst instead. 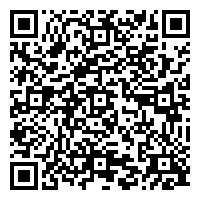