In reporting on the trial in Berlin of a man who attacked an individual wearing a yarmulke, where the accused confessed to the court that he had committed the assault and then apologized to his victim, JTA also reported that the assailant was “identified as a 19-year-old Syrian Palestinian living in Germany since 2015,” reviving a term that hasn’t been in use for close to two millennia.

Syria Palaestina was a Roman province between 135 AD and about 390, according to historian Clayton Miles Lehmann (Palestine: History: 135–337: Syria Palaestina and the Tetrarchy). It was established by the merger of Roman Syria and Roman Judea, following the defeat of the Bar Kochva revolt in 135 CE. Shortly after 193 CE, the northern regions were split off as Syria Coele in the north and Phoenice in the south, and the province Syria Palaestina became just Judea.

The earliest numismatic (coins) evidence for the name Syria Palestina comes from the period of emperor Marcus Aurelius (121-180 CE).

But JTA probably did not suggest that the world’s geopolitical order has been changed overnight, even in the turbulent Middle East, and so they probably referred to a Palestinian who was born in Syria. Which is testimony to a serious problem in geopolitical thinking over at the last news providers still using the telegraph.

Most Arab refugees fled to Syria in 1948 from Safad, Haifa, Acre, Tiberias, and Nazareth. By the summer of 1948, there were about 85,000 refugees in Syria, the majority concentrated along the border area with Israel. Now, since the Berlin assailant is 19, it is safe to assume that he was born in Syria and that his parents were likewise born in Syria. Regardless of whether or not his grandparents, who probably came from south of the border, are alive, our 19-year-old assailant is Syrian for all intents and purposes.

But he’s not. Because of the Casablanca Protocol.

The September 11, 1965 Protocol for the Treatment of Palestinians in Arab States, a.k.a the Casablanca Protocol, determines, “on the basis of the Charter of the League of Arab States and its special annex pertaining to Palestine,” a set of rights accorded these refugees who would otherwise are prevented from attaining the nationality of the countries where they reside and were born!

Syria, despite the promises to the contrary of the Casablanca Protocol, keeps a separate set of rules for its “Palestinians” – who were born and raised in Syria – who, for instance, unlike Syrian nationals, may not own more than one home or purchase arable land.

So that when JTA repeated the term Syrian Palestinian, it gave its approval to a regime of repression against an entire underclass of Syrian residents forever prevented by government fiat from attaining normalcy. 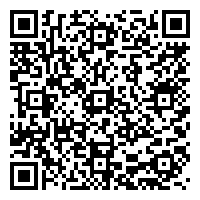