“I don’t believe it will. Our relations [with Israel] are far broader,” Bogdanov said, when asked if Russia’s decision to supply S-300 air defense systems to Syria might affect Russia’s relations with Israel. “This is an important issue, of course, but it is also our right and the right of sovereign Syria.”


Vladimir Fitin, an expert at the Russian institute for Strategic Studies, told TASS: “If we speak about tough steps that Israel could take… [do they include] engaging in an armed confrontation with the Russian Aerospace Force? I don’t think anyone will go for it, it is not in Israel’s interest to add a serious country such as Russia to the list of its opponents.”

“Israel will have to put up with Russia’s decision to provide the S-300 systems to Syria,” the expert suggested.

Shoigu also said that Russia would equip Syrian air defense command posts with automated control systems, previously supplied only to the Russian armed forces. Shoigu said it was one of the counter-measures to maintain security in Syria’s airspace after the loss of the Ilyushin-20 plane.

A Russian Defense Ministry spokesman said on Sunday that the Israeli Air Force and those who made the decision to use the Il-20 aircraft as cover are solely to blame for its crash.

The S-300 system was developed to defend against aircraft and cruise missiles for the Soviet Air Defence Forces. Subsequent variations were developed to intercept ballistic missiles. The S-300 system was first deployed by the Soviet Union in 1979, designed for the air defense of large industrial and administrative facilities, military bases and control of airspace against enemy strike aircraft. The system is fully automated, though manual observation and operation are also possible. 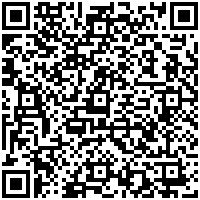