Russia’s Special Presidential Envoy for Syria Alexander Lavrentyev on Thursday urged the international community to help Syria return its millions of nationals home, TASS reported. The Russian envoy stressed that the global community must lend assistance to Damascus to resolve this humanitarian issue.

“Syria won’t be able to cope on its own with the refugee predicament, it won’t have enough financial resources after going through this civil war,” Lavrentyev told reporters after his meeting with Lebanese President Michel Aoun in Beirut on Thursday.


Over the past few months, the Syrian army, with intense support from the Russian army and air force, has begun to take back large territories outside Damascus and in the south of the country, defeating a variety of rebel forces, including ISIS, which could mean that the 7-year civil war is reaching its end and the time for reconstruction is near.

According to TASS, the issue of returning refugees home was part of Presidents Donald Trump and Vladimir Putin in Helsinki on July 16. The same issue was the focus of discussion, earlier this week, according to TASS, between Russian Foreign Minister Sergey Lavrov and Chief of General Staff Valery Gerasimov and the leaders of Israel, Germany and France.

Russian Deputy Foreign Minister Alexander Grushko told TASS on Thursday that bringing home the fleeing Syrian refugees “continues to be topical. We talk to everyone without exception, not only to Europeans but other countries too, who can play a role in that matter. Of course, it is impossible to achieve a lasting settlement in Syria without solving the problem of refugees’ return.”

“We would like to think that Europeans who seek to relieve the migration pressure are interested in that,” Grushko said. “This can only be achieved by helping to create conditions for refugees’ return.”

The high-ranking diplomat insisted that the only acceptable outcome to the civil war must be reinstating Bashar al-Assad as the president of all of Syria.

According to Grushko, “The EU makes a huge mistake by saying that plans to rebuild Syria will be carried out only on those territories which are controlled by the opposition.” He warned: “This is the wrong approach. We are certain that there should be no exceptions here. We should talk about Syria as an integral state and solve problems in such a manner.” 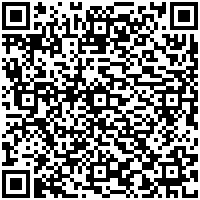