President Trump thought he had a deal, after his meeting with Turkish President Recep Tayyip Erdogan earlier this month had ended with a smile, a fist-bump and what Trump thought was an agreement to free Andrew Brunson, an American pastor imprisoned in Turkey, the Washington Post reported Friday (A fist bump, then a rancorous call: How Trump’s deal to free an American pastor in Turkey fell apart).

The deal involved Israeli Prime Minister Netanyahu’s agreeing to release Ebru Özkan, a Turkish woman suspected of helping Hamas in return for Brunson’s release. But the deal fell apart on Wednesday, when a Turkish court ordered Brunson’s transfer to house arrest for the duration of his trial.

Turkey’s judicial system will have the ultimate say on a detained American pastor, Turkish Justice Minister Abdulhamit Gul tweeted on Thursday. “Turkey is a fully independent and sovereign country that determines its own destiny,” Gul added, “The Brunson case will proceed in its own way, as it should be in a fully independent and sovereign country, and supreme Turkish justice will have the ultimate say.”

Israel deported Özkan on July 15, a week after indicting her for ties to Hamas. She had been arrested by Israel while on a tourist visa in June.

Brunson, an evangelical pastor of the Izmir Resurrection Church, was arrested in October 2016 for “Christianization” activities. The arrest took place during the government purges that followed the 2016 alleged Turkish coup d’état attempt, when tens of thousands of Turkish military personnel, civil servants, educators, academics, dissidents, and journalists were arrested. Brunson’s Protestant church has about 25 congregants.

Trump, who was proud of his skill at cementing the prisoners’ exchange, was raging on Thursday when he tweeted: “The United States will impose large sanctions on Turkey for their long time detainment of Pastor Andrew Brunson, a great Christian, family man and wonderful human being. He is suffering greatly. This innocent man of faith should be released immediately!”

Vice President Pence said in as speech Thursday that should Turkey not free Brunson, it must be “prepared to face the consequences.” 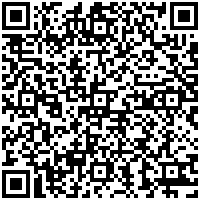