Russian Foreign Minister Sergei Lavrov is expected to arrive in Israel for a visit on Sunday to meet with Prime Minister Naftali Bennett and Foreign Minister Yair Lapid about the nuclear talks between global powers and Iran.

This past October, the prime minister met in Sochi, Russia with President Vladimir Putin. The two men discussed developments in Syria and Iran at the time.

Israel has repeatedly expressed its opposition to further uranium enrichment by Iran and has called on world powers to act against the Islamic Republic and its drive towards nuclear capability.

“Iran is the world’s number one exporter of terror and it threatens us all,” the Israeli foreign minister said during a September 9 visit to Moscow.

Syria accused Israel of carrying out an airstrike in the early hours of Tuesday morning against an Iranian weapons shipment at the port of Latakia.

The official Syrian news agency SANA reported that Israel had carried out a missile attack targeting the container yard in Latakia’s commercial port.

The Syrian Observatory for Human Rights expanded on the information, adding that the target was an arms shipment intended for pro-Iranian militias in Syria. 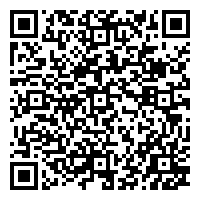