For the first time in years, Israel’s Prime Minister Benjamin Netanyahu has been forced to send Foreign Minister Yisrael Katz as the country’s emissary to address the United Nations General Assembly (UNGA) due to the need to work with President Reuven Rivlin and Blue and White party leader Benny Gantz on determining the composition of Israel’s next government.

But Netanyahu has been closely following the UNGA proceedings, commenting on the speeches delivered by Israel’s friends and adversaries. US President Donald Trump warned that no government in the world should “subsidize Iran’s blood lust” and announced that if the Islamic Republic does not change its behavior, sanctions will be tightened.


Referencing Iran’s aggression in the Middle East, and saying it is clear the attacks on Saudi oil processing facilities were perpetrated by Iran, Netanyahu said Israel “will know how to defend itself against this type of aggression, and we call on all members of the international community to join President Trump’s effort to increase the pressure on Iran. That’s the only way to stop Iran’s aggression.”

On Tuesday, the leaders of the United Kingdom, France and Germany indicated that Iran was responsible for the drone attacks on two Saudi oil facilities, in Abqaiq and Khurais. Netanyahu said in his statement, “Let me say on behalf of Israel, very simply, Iran did it. A to Z.”

Erdogan said, “No force or threat can dissuade our country from its activities to protect and defend the rights of Palestine and Jerusalem.”

The Turkish leader went on to claim that “Israel, which was almost non-existent in 1947, has continued until this day to seize Palestinian land with the aim of eliminating the state, and the Deal of the Century will support those territorial ambitions.”

Netanyahu responded to Erdogan’s remarks, calling him a liar. “He who does not stop lying about Israel, who slaughters the Kurds in his country and who denies the awful massacre of the Armenian people – should not preach to Israel,” he said. 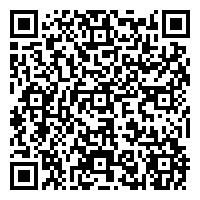