Israel’s Foreign Ministry on Wednesday summoned the Turkish official at the consulate in Tel Aviv for a reprimand after Israel’s ambassador to Turkey, Eitan Naeh, had been humiliated at Ataturk Airport in Istanbul, on his way home.


According to Turkish media, Ambassador Naeh was detained for a long time at the airport in Ankara, and the security personnel at the site carried out a strict security check reserved to suspected terrorists. The Foreign Ministry said that the Turkish media were invited to capture the event and humiliate the ambassador.

The Turkish Foreign Ministry on Wednesday told Israel’s consul general in Istanbul Yosef Levi Sfari to leave the country “for a while,” according to Anadolu. The ministry told Sfari to leave following the clashes along the Gaza border.

Turkey’s consul general in Jerusalem was summoned by the Israeli Foreign Ministry on Tuesday and also asked to leave the country for an indefinite period of time, considering latest development on bilateral relation between Jerusalem and Ankara.

On Tuesday, Turkish President Erdogan blasted Prime Minister Netanyahu, stating, in English, “Netanyahu is the PM of an apartheid state that has occupied a defenseless people’s lands for 60+ yrs in violation of UN resolutions. He has the blood of Palestinians on his hands and can’t cover up crimes by attacking Turkey. Want a lesson in humanity? Read the 10 commandments.”

Erdogan then tweeted once more: Reminder to Netanyahu: Hamas is not a terrorist organization and Palestinians are not terrorists. It is a resistance movement that defends the Palestinian homeland against an occupying power.
The world stands in solidarity with the people of Palestine against their oppressors.”

Netanyahu tweeted in response: “Erdogan is among Hamas’s biggest supporters and there is no doubt that he well understands terrorism and slaughter. I suggest that he not preach morality to us.”

The PM then tweeted in Hebrew: “A man who sends thousands of Turkish soldiers to maintain the occupation of northern Cyprus, and invades Syria, will not preach to us when we defend ourselves from an invasion attempt by Hamas. A man whose hands are stained with the blood of countless Kurdish citizens in Turkey and Syria is the last to preach to us about military ethics.” 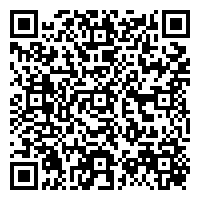