After the United States became the first country to open its embassy in Jerusalem on Monday, on Wednesday Guatemala joined in and inaugurated its embassy building in the eternal capital of Israel. Prime Minister Benjamin Netanyahu and Guatemalan President Jimmy Morales attended the festive ceremony at the Technology Park near the Malha Mall in Jerusalem.

Netanyahu thanked the President of Guatemala and his entourage for their support for Israel, which goes back to the crucial UN vote of November 29, 1947, when Guatemala’s ambassador to the UN, Dr. Jorge Garcia Granados, enlisted Latin American countries to vote in favor of the partition plan.


“This is the beginning of something wonderful,” Netanyahu said to the visiting president, revealing: “You had a very large part in the move of the American embassy.”

“There are many streets in Israel named after Guatemala, because we remember our friends,” Netanyahu said.

Morales took the podium and said: “We have a sincere alliance of 70 years, united by brotherly love. We feel at home here, because we know that the people of Israel love the people of Guatemala. Your children and future generations will remember that a brave country has done courageous things for you because you have a place in our hearts.”

Speaking to Channel 2 News, President Morales said, “For us, the State of Israel has always been an important issue, and so is our good relations with it.”

Morales noted that the embassy is being “returned” to Jerusalem, because back in 1948, the Guatemalan embassy resided in Jerusalem. “In the 1980s, certain processes led to the transfer of the embassy to Tel Aviv,” Morales explained, “but at this historic moment that the US makes a historic decision, we say that this is the moment [for us, too].”

Guatemala is a constitutional democratic republic whereby the President of Guatemala is both head of state and head of government, and of a multi-party system. Executive power is exercised by the government. Legislative power is vested in both the government and the Congress of the Republic. The judiciary is independent of the executive and the legislature.

Guatemala is the largest economy in Central America, with a GDP per capita of $5,200. The income distribution is highly unequal with more than half of the population below the national poverty line.

Israel exports $30 million in overall goods annually, based on 2013 data. 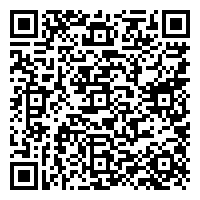