Nazi war criminal Alois Brunner, former senior aide to Adolf Eichmann, may still be alive and hiding in Syria, according to the Simon Wiesenthal Center, which has  launched a poster campaign in Germany to track him down.

“Late, but not too late,” the posters read.


He is the Number One of the 10 most wanted Nazi war criminal thought to be alive, among approximately 60 who have not been caught.

The Wiesenthal Centre admitted that there is only a “slim” chance that Brunner still is alive but added that he is suspected to be living in Damascus, possibly in a hotel.

He was second in command to Eichmann, the only person who Israel ever executed.

Brunner fled to Egypt after World War II and later moved to Damascus on suspicion of being a drug dealer. He was freed after he revealed having been a Nazi ini the war, when he deported more than 140,000 Jews to Nazi death camps.

The Jewish Virtual Library suggests that the Central Intelligence Agency (CIA) once employed  Brunner before moving to Syria.

French authorities convicted him to death in absentia in 1954.

The regime of Hafez Assad, father of Syrian President Bassar al-Assad, welcomed him and he returned the favor by bringing missile scientists form Germany and helping to set up Assad’s intelligence system.

He not only did not express regrets for his Nazi atrocities, but he also bragged about them. In a telephone interview with the Austrian news magazine Bunte, he said, “All of them deserved to die because they were the devil’s agents and human garbage. In a another interview with the Chicago Sun-Times, he stated, “ I have no regrets and would do it again.”

Israel tried to kill him with letter bombs, which succeeded only in burning for fingers.

Twice, there were rumors that he dies in the 1990s, but there has been no proof.

“The likelihood that he is already deceased increases with each passing year,” the Wiesenthal Center said. 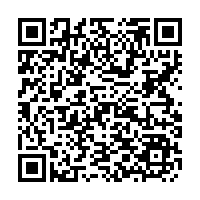