The Palestinian Authority, with the cooperation of “Peace Process media,” is cranking out the propaganda of a supposed dramatic return to Israel by  U.S. Secretary of State John Kerry, at the same time his wife is on a hospital bed in critical condition in the United States.

Heinz Ketchup heiress Teresa Heinz Kerry was flown to Boston Monday after being rushed the day before from the Kerry’s Nantucket home to a local hospital.


Her conditioned was termed stable but critical.

The Secretary of State has been by her side since he returned from the Middle East two weeks ago, but that has not stopped the Palestinian Authority and supportive Israeli media from grinding out stories of his immediate return to Israel.

The left-wing Haaretz and Yediot Acharonot newspapers, without naming sources but presumably relying on Ramallah, proclaimed the supposed visit on Sunday. The story was gladly carried by wire services and Israel media.

“John Kerry is on his way back: the US secretary of state is expected to arrive in Israel for the sixth time towards the end of the week, in order to try and get the negotiations with the Palestinians to move forward,” said Yediot.

But the story of Kerry’s supposed return seems to be a set-up for the Palestinian Authority’s next pitch, a “secret meeting” with Prime Minister Binyamin Netanyahu.

Former PA minister Ashraf al-Ajrami said at the Knesset Monday, “I want to reveal a secret here. We held negotiations with Bibi Netanyahu, at his home, for many hours recently. Yasser Abed Rabbo negotiated directly with Bibi.”

It was not a secret, according to the response from the office of the Prime Minister. It was a lie.

Even Justice Minister Tzipi Livni, the government’s “Peace Process Minister,” said no such meeting has taken place since the new coalition government was installed in March.

Kerry has been in Israel five times since he took office early this year. After his last visit, after great expectations of a return to direct talks between Israel and the Palestinian Authority, he left behind a team of advisers and said, “I will be back soon.”

What is soon? The American Embassy in Tel Aviv told the Jewish Press “soon” means “soon” but admitted there has been no announcement on his travel plans for the week.

His immediate travel plans obviously are to drive back and forth from his home to the Boston hospital where his wife was admitted, all of which makes the Palestinian Authority, and their Israeli media sponsors, look more insensitive and crude than stupid. 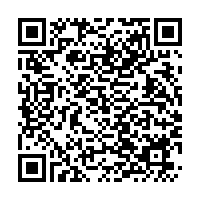