Justice Minister Ayelet Shaked (Habayit Hayehudi) on Monday told the Knesset channel that she has the authority to dismiss Judge Ronit Poznansky-Katz.

“If I think she has to go home – I have the authority to remove her,” Shaked said. “Such a case casts a heavy shadow on the entire system, and it must be dealt with employing maximum severity. If someone misbehaved, they will not remain in the system.”

Earlier on Monday, Internal Security Minister Gilad Erdan (Likud) called for a criminal investigation against Poznansky-Katz and the legal advisor to the Securities Authority, Eran Shaham-Shavit, following revelations of the correspondences between them to coordinate prison remand extensions.

“They’re done in the judicial and enforcement systems,” Erdan said. “Who would ever believe them again?”

“I have no doubt that they will no longer be able to sue anyone or judge anyone, because who will believe this judge and this prosecutor when they question suspects from this point on?” Erdan asked. “Their act was so serious and its potential to harm the public’s trust in the enforcement system and in the justice system is so high, that in my opinion this should end in criminal and not merely disciplinary proceedings.” 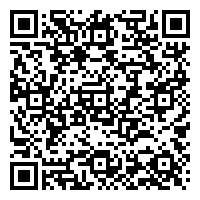