Esther Horgan, 52, a resident of Samaria, was found lifeless last Monday night in the Reichan forest in northern Samaria, with signs of violence on her body.

An MDA team called to the scene determined her death. Police said the murdered woman’s family reported her absence earlier in the day and a suspicion of a nationalist Arab motive for is being investigated.


From Kan 11 on Twitter: Head of Samaria Regional Council Yossi Dagan, and the last CCTV image of the victim

Early Sunday afternoon the 52-year-old Israeli mother of six (the youngest is 13) went for a run in the Reichan nature preserve near her home in Tal Menashe, Northern Samaria. When she didn’t return home, her husband alerted the authorities who conducted a search and rescue operation. Around 1:45 AM Monday, rescue teams found the murdered woman’s body and informed her family.

MDA paramedic Assaf Tapuhi reported: “When we arrived at the scene police led us to the body of an unconscious 52-year-old woman. We performed medical tests, she was not breathing, without a pulse and without any signs of life. We soon had to determine her death.”

Head of Samaria Regional Council Yossi Dagan arrived at the scene of the murder and said: “A dear woman, full of goodness, going out at noon for a sports activity one minute from her home – what kind of barbarians are we facing? But the nation of Israel will win, they will not break us.”

May her memory be a blessing, and her family comforted among the mourners of Zion and Yerushalayim.

Horgan is the third Israeli to be murdered in 2020. Rabbi Shai Ohayon, a father of four, was stabbed to death by a terrorist in August after he got off a bus to go shopping near Petach Tikva. IDF soldier Amit Ben Yigal was killed in action in May when a terrorist dropped a rock on his head from a rooftop. 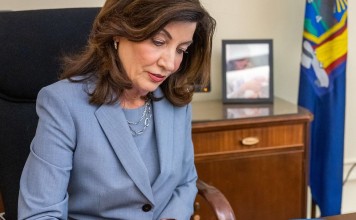