Prime Minister Naftali Bennett arrived Wednesday morning at the Kida settlement in Binyamin to call on the family of Yamam officer Noam Raz who was killed last Friday in an operation in Jenin. Local residents planned to welcome the PM with a protest at the entrance to the settlement, but he tricked them by arriving earlier than anticipated. Residents waving Israeli flags waited for Bennett outside the Raz family’s home.

Kida is one of the religious settlements of Gush Shilo. As of 2021, about 100 families live in there. It should be noted that Kida and other settlements formed the core of Bennett’s electoral support in past elections.

On Tuesday morning, the PM visited a settlement to the right of the green line for the first time since taking office. He joined the celebration of Elkana’s 45th anniversary and was greeted by local schoolchildren, but also by angry demonstrators who yelled at him: “Bennett, don’t sell Elkana to the Arabs,” “The settlements are not disposable,” and the always trusted, “Bennett go home.”

It should be noted that the biggest vote winner in Elkana last election was Bennett’s Yamina party.

The head of the Red Line Protest, Yoel Shilo, told Israel Hayom on Tuesday: “Prime Minister Naftali Bennett, as part of revving up his election campaign, is trying to flatter the residents of Judea and Samaria after boycotting them so far, and selling out the State of Israel to the [Islamist] Shura Council. We would expect someone who used to be the chairman of Yesha Council to increase the settlements. Bennett needs to understand that the public in the settlements is saying he is not welcome here, and we won’t let him sell out Elkana and other settlements to Mansour Abbas and his friends.”

It makes no difference that much of the above message is factually questionable – there’s virtually no difference between the construction efforts in the settlements of the Netanyahu and Bennett governments – the popularity problem Bennett is facing for ruling via a mixed left-right coalition supported by an Islamist party appears insurmountable at his core base. Many of those who gave him their vote a year ago are not likely to repeat, and his Yamina party is destined to be clipped if not disappear entirely.

Wednesday morning’s shiva call lasted about an hour, and when the prime minister left, local residents protested outside the family home and chanted slogans like: “Bennett, you scoundrel, you liar.” One resident told Kan 11 News that “this is the first Palestinian prime minister.” Another resident said that this is the worst government for the people of Israel since the pogroms of 1929 (when more than 70 Jews were massacred by Hebron Arabs – DI), and that the State of Israel is at the lowest point in its history.

That, too, is factually questionable but, again, politics is not about facts. It’s about getting people to support you, and these folks do not. 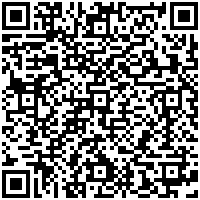