Fearing mass gatherings on Purim, the health ministry would like to impose restrictions on movement starting Thursday night and is even considering imposing a night curfew so as not to repeat the rampant Corona infections that resulted from last year’s Purim celebrations.

Health Minister Yuli Edelstein (Likud) told Reshet Bet radio on Monday morning that the government will decide today regarding restrictions on Purim. Edelstein said: “We are receiving reports of party invitations and an increase in liquor sales.” Therefore, the health minister explained, there will be no escape from restrictions, maybe a night curfew.”


Edelstein explained in an interview on 103FM that his office wants people to enjoy the holiday, but at the same time, they want to avoid unnecessary crowding.

As Edelstein put it: “Those who celebrate too much on Purim may shut us down on Passover.”

Asked if mass Megillah readings, parties, and Chassidic tishim on Purim would lead to a fourth lockdown, Edelstein replied “one hundred percent, if reality turns out as you suggested. We are deliberating on what to do, and today was reported a 35% increase in the sale of liquor. This year this could lead us to the same results we got on Purim last year, whoever celebrates too much on Purim will shut us all down on Passover, and once again we will sit at home with our nuclear family.”

“Everyone worries us, including the Haredi sector,” Edelstein added. “There are quite a few Chassidic courts that we know are not going to keep the guidelines so much, so we try to figure out the right way to deal with it. I don’t feel any pressure, we’re just looking for the right solution that people can respect and live with. The virus doesn’t differentiate between someone who wears a hat and someone who does not wear a hat,” he noted.

The health minister was asked about the death on Sunday of Osnat Ben Sheetrit, a young pregnant woman who refused to be vaccinated, contracted the Corona, and her fetus also succumbed to the virus.

“There is a sense of missing out, because I personally and all the senior officials in the ministry, senior doctors, constantly call on the public to listen to doctors and specialists and go get vaccinated. We try to explain that the vaccine is safe,” Minister Edelstein replied. “Unfortunately, a large part of the people listen to all kinds of fake news, to people you won’t turn to even with an ingrown toenail.”

Edelstein said that thousands of pregnant women in Israel do not get vaccinated “because of the malicious rumor that pregnant women or women who plan to become pregnant that they are planning a pregnancy are at risk from the vaccine. The Association of Gynecologists issued a letter against this rumor and the head of the Fertility Association went to every possible studio to talk about it.”

Edelstein also referred to the revolt of the 17 heads of local municipalities who decided to open their entire education system on Wednesday and called on them to act responsibly.

“In my opinion, education is the most important thing, but it was decided to reopen partially, out of an understanding of everyone’s needs. Whoever wants everything to be open, I can understand them, but we are not there yet in terms of the pandemic situation and the number of vaccinations,” the minister said.

The mayors of 17 major cities in Israel, including Tel Aviv, Haifa, Rishon Lezion, Beer Sheva, and Ashdod, announced on Sunday that they would allow their schools to bring back the 7th to 10th grades to class as early as this coming Wednesday, and not in two weeks, as the government had outlined.

The teachers’ union responded that only the education ministry can decide on who and when to return to school.

Minister of Internal Security Amir Ohana (Likud) also referred to the mayors’ revolt and told Reshet Bet on Monday: “It’s a defiant move that has nothing behind it. In two weeks the education system will be reopened – waiting two weeks is so difficult? What’s the meaning of the mayors’ statement? That they will back their principals and pay their fines?”

The mayors’ announcement stated that the municipalities would allow their school principals to reopen the classrooms based on their professional judgment, at least twice a week, with some subjects continuing to be taught remotely and with consideration of the educational staff in each school.

The mayors cited the “severe pedagogical, social and psychological impact” on students in their cities as one of the reasons for their decision.

Herzliya Mayor Moshe Fadlon referred to the plan to reopen the seventh to tenth grades in violation of government guidelines, saying: “We cannot wait any longer – the students are in a difficult mental state.”

Mayor Fadlon added that “the heads of the municipalities have been managing the crisis alone for almost an entire year. We’re careful enough. If 2,500 people can be admitted to a shopping mall, there’s no reason to ban 10 children from a classroom.”

Minister Edelstein said he was very worried about the reopening of the Israeli economy Sunday, and said: “Clearly it’s not possible to put a policeman in every gym and put a police car next to every hotel, the people who go there should act responsibly and I hope we have all learned the lessons. There’s not a single person in Israel who did not know someone who died of the Corona, not one, even with all the success of the vaccination campaign and with more than four million people receiving their first vaccine dose – and yet there is still no country in the world that has come out of the corona.”

The mayor of Herzliya criticized the conduct of the Netanyahu government and the Corona cabinet and “their delusional decisions throughout the crisis. The Corona cabinet makes decisions without consulting us. Enough with the ego and the bureaucracy, we are in a very tough emergency.”

Kfar Saba Mayor Rafi Saar explained that students were “in great distress” and called on the Corona cabinet to look at the mental aspects of the pandemic. In an interview with Reshet Bet, Saar said: “It makes no sense to open the malls—and I am in favor of reopening commerce—and at the same time leave the schoolchildren at home.”

Edelstein referred to the news that there may be a shortage of vaccines in the coming weeks, saying “the Pfizer vaccines that we are currently giving the population if we get close to 5 million vaccinated—which we’re not far from—those supplies may end. We will certainly save the second dose for anyone who comes in for their first dose, so within a short time, these vaccines will likely come to an end. We have the Moderna vaccines on the way, and if necessary, we will use them.”

“This is not a minor operation,” Edelstein explained. “We’ll have to convene the entire medical staff, and give them special training in the use of the new vaccine.” 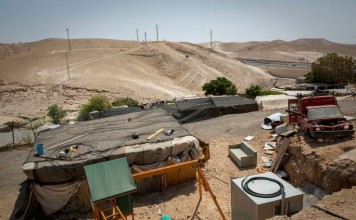 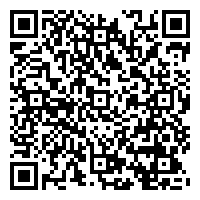