Rabbi Yaakov Bender, dean of Darchei Torah yeshiva in Far Rockaway, NY, suggests that what’s most troubling about the new guidelines released by the state Department Education in November and revised in December, is that they go beyond demanding core curriculum subjects like English and math – requiring all state schools to also teach dance and theater.


The parents in these schools, Bender writes, do not want “a curriculum chosen by the local school district, a school schedule that is subject to the approval of the local school board or teachers who answer to Albany.”

He cites the Archdiocese of New York, which stated: “Every school has a culture of its own that is a profound influence over the children. […] Moral values are taught not just by instruction, but by example. Religious parents want their kids to grow up in that kind of environment.”

Religious parents who, mind you, “pay the same real estate and other school taxes as everybody else, plus they must bear the burden of tuition,” Bender notes, suggesting that said parents “choose our school because they want an education that is rooted in Jewish texts and informed by Jewish morality, history, culture, ideals and hopes.”

Indeed, as Bender puts it, the miraculous growth of Jewish schools in America is not a result of the growth of the Jewish community, but its cause.

Bender stresses: “…history teaches that once the autonomy of independent and religious schools is undermined, the reach of the state will only expand,” and warns about a slippery slope: “Even now, government has ‘offered’ to evaluate our Jewish studies classes, which are chock-full of academic and intellectual value. But an evaluation today will lead to a suggestion tomorrow and a mandate down the road.”

He states with more than a little bitterness: “There is also a touch of hypocrisy reflected in these guidelines. For years, government officials who have visited our school tell me how wonderful it is. But when asked about the possibility of government support for our academic programs, they invoke the constitutional prohibition against entanglement between church and state.”

Indeed, democracy is not only about the church and state doctrine, it is also—and much more so—about “no taxation without representation.” 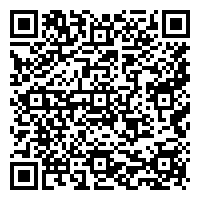