The State of Israel is maintaining its distance in dealing with the the far-right Freedom Party (FPO) in Austria’s new coalition government, according to a statement issued by the government on Monday (Dec 18.)

Freedom Party leader Heinz-Christian Strache has become Austria’s Vice-Chancellor, with his party taking control of the country’s foreign affairs, defense and interior ministries after being sworn in together with new Austrian Chancellor Sebastian Kurz, head of the conservative People’s Party (OVP.)


A Hebrew-language statement from Israel’s government said Monday in response to the new coalition that “Israel will maintain working relations with the professional echelon of the [Austrian] government ministries headed by a minister from the Freedom Party.

The Prime Minister and Minister of Foreign Affairs, Benjamin Netanyahu, maintains, and will continue to maintain, direct contact with the elected Chancellor of Austria. pic.twitter.com/fbxlQ6fHtw

“The State of Israel wishes to emphasize its absolute commitment to the struggle against anti-Semitism and commemoration of the Holocaust.” Prime Minister Benjamin Netanyahu, who also holds the foreign ministry portfolio, is maintaining direct contact with Chancellor Kurz.

“The FPÖ has a long history of anti-Semitism and xenophobia and we are concerned about the fact that they will control government ministries in the new Austrian government,” said Dr. Moshe Kantor, president of the EJC.

“However, we hope that rather than as expected — that the Freedom Party will have an undue influence on the direction of the government led by the People’s Party — the Chancellor and his party will be able to discipline the intolerant elements within the FPÖ.” 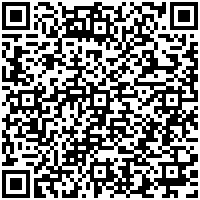