“The FPÖ has a long history of anti-Semitism and xenophobia and we are concerned about the fact that they will control government ministries in the new Austrian Government,” said Dr. Moshe Kantor, President of the EJC.


“However, we hope that rather than as expected — that the Freedom Party will have an undue influence on the direction of the government led by the People’s Party — the Chancellor and his party will be able to discipline the intolerant elements within the FPÖ.”

Kantor noted that the Freedom Party “has tried to correct these elements of its past and ideology, and now we need to see concrete steps to show that these are not publicity stunts or they will remain outside of the pale for the Jewish community. The Freedom Party can not use the Jewish community as a fig leaf and must show tolerance and acceptance towards all communities and minorities,” he added.

A scanned copy of the letter affirming the designated representative umbrella organization as the European Jewish Congress was viewed by JewishPress.com; it was signed by the heads of Jewish communities in Britain, Belgium, Hungary, the Czech Republic, Switzerland, Sweden, Vienna, Romania, Greece, Lithuania, Moldova, Lisbon, and Spain. “We are all focusing today on the important issues concerning Jewish life in Europe and worldwide, such as the fight against anti-Semitism, protecting our religious rights, working to strengthen European-Israeli relations and to counter the delegitimization of Israel, addressing the Iranian threat and many others,” they wrote.

In a related development, a Hebrew-language statement from the Israeli government said Monday (Dec. 18) that “Israel will maintain working relations with the professional echelon of the [Austrian] government ministries headed by a minister from the Freedom Party.” The statement went on to say, “The State of Israel wishes to emphasize its absolute commitment to the struggle against anti-Semitism and commemoration of the Holocaust.” Prime Minister Benjamin Netanyahu, who also holds the foreign ministry portfolio, is maintaining “direct contact” with Austrian Chancellor Sebastian Kurz of the People’s Party (OVP). 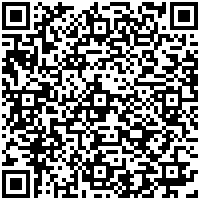