State Attorney Shai Nitzan on Thursday announced his decision to file indictments in the submarine case, a.k.a. Case 3000. Netanyahu is not a suspect, but the suspects include individuals who worked close to him, as well as his cousin and personal lawyer David Shimron, who represented the German company ThyssenKrupp in Israel.

In Case 3000, three Dolphin-class submarines and four Sa’ar 6-class corvettes were purchased from ThyssenKrupp company by Israel. The suspicion in that the German giant corporation tilted the deal in its favor by bribing several of the Israeli officials involved. Netanyahu’s cousin, is one of the main suspects.

The prosecution’s decision involves the indictment of the vast majority of the suspects in the case for bribery. Attorney Shimron will not be charged with bribery and fraud, “only” money laundering.

A year ago, Police recommended indicting former Deputy Chief of National Security Avriel Bar-Yoseffor bribery, fraud, breach of trust and conspiracy to commit a crime, but a decision has not yet been made in his case by the prosecution.

Rami Taib, who was a political adviser to Minister Yuval Steinitz, will also be charged with bribery.

Communications consultant Yitzhak Lieber will be charged with money laundering and assisting in the commitment of tax evasion.

The next day, police detained former Commander of the Navy, General Eli Marom for interrogation and he was placed under house arrest.

Prime Minister Benjamin Netanyahu’s name came up in the media in connection with this affair, but the State Attorney announced that Netanyahu was not a suspect.

On July 20, 2017, Michael Ganor, who served as Thyssenkrupp’s representative in Israel at the relevant time period, signed a state’s witness deal. According to the deal, Ganor would stand trial, be convicted of tax offenses and serve a sentence of one year in prison and pay a fine of 10 million shekel.

In November 2017, Shimron’s partner, Yitzhak Molcho, a close and trusted Netanyahu advisor, was interrogated as well. Police eventually stated there was no suspicion of wrongdoing against Molcho.

On March 19, 2019, the state witness Ganor asked to change his testimony, claiming that the money he had transferred was not a bribe. He also complained that he had been pressured to turn state witness. He was subsequently arrested and questioned with a warning by the police National Unit for Combating Economic Crime. 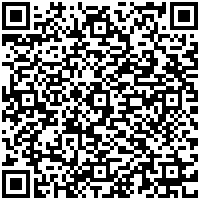