Attorney General Avichai Mandelblit convened a forum of senior jurists he kept outside the official discussions in his office regarding the cases against Prime Minister Benjamin Netanyahu. The AG held secret discussions with this group, informing the Justice Ministry or the State Attorney’s Office, according to a report by Haaretz published Tuesday (מנדלבליט הקים בחשאי פורום משפטנים מחוץ לפרקליטות ודן אתם בתיקי נתניהו).

The series of meetings took place in 2019 and began shortly before the AG announced his intention to prosecute Netanyahu following a hearing with the PM. The participants in the meetings—which were held at the Yad Hanadiv think tank in Jerusalem and not in the AG’s office—were asked to maintain complete confidentiality and not to document the meetings or keep notes.


“We were actually warned,” said one participant.

In Mandelblit’s official schedule, those consultation sessions were represented as a “meeting with academics.” According to some of the participants, secrecy was essential because the AG shared with the forum members his decisions regarding Netanyahu’s prosecution as they were being formulated, well in advance of announcing them to the public.

It was UK-born Law Professor Yedidya Stern who advised Mandelblit to convene an outside forum in parallel with the discussions at the Justice Ministry. Stern served as Dean of the Bar-Ilan University Law School, was Vice President of the Israel Democracy Institute, and is an authority on matters of religion and state. Prof. Stern was joined by Professors Yuval Albashan—also a law school dean who hosts radio shows and is active in socially-minded legal work; Ruth Gavison—an expert on human rights and one of the authors of the Gavison Medan Convention, which was an attempt to reach understandings on matters of religion acceptable to both religious and secular Israelis; Menachem Mautner, whose research deals with a cultural analysis of developments in Israeli law; Yuval Shani—the former dean of the Hebrew University Law School who is active in the Israel Democracy Institute; and Ron Shapira, President of the Peres Academic Center.

One of the forum members told Haaretz: “A lawyer called me and said that Mandelblit was in a kind of distress – He intends to proceed with an indictment but does not trust his people enough on the macro issues. I saw it as my mission to help him.”

The meetings lasted about three hours each, and Mandelblit would begin them by reviewing issues that concerned the Justice Ministry and then asked forum members to address them.

“He was very cagey with us,” said one of the participants. “We were not given any written material, and everything was conducted orally. He flooded us with questions that arose from the cases, and on occasion also introduced the different opinions that had been expressed in the formal forums at the Justice Ministry.”

The same participant clarified that the discussions did not go down to the details of the cases but focused on questions of principle: “We discussed mostly macro issues. None of us are criminal law experts and he knew it. We understood from him that he needed advice on issues that arise from the prime minister’s files, he was seeking a point of view that he believed he didn’t get in the Justice Ministry.”

At one meeting of his secret group of advisers, the AG shared with them his reservations regarding the charges in Case 2000, a criminal investigation into the relationship between Netanyahu and Yedioth Ahronoth publisher and the controlling owner of the newspaper Noni Mozes. This case caused a split within the Justice Ministry: the prosecution argued that Netanyahu should be charged with accepting a bribe, while the deputy AG, Raz Nazri, believed that the case should be closed in order to avoid the criminalizing of what are inherently legislative issues. Amit Isman, who has recently been appointed by the Mandelblit search committee to the position of State Attorney, proposed as a compromise charging the Prime Minister with breach of trust. When the same question arose in the secret forum, a discussion developed over the definition and boundaries of a breach of trust.

Mandelblit also consulted in his group of law professors regarding Netanyahu’s request to allow him to enlist the help of his cousin, Natan Milikowski, in funding his defense. To remind you, Milikowski’s US plant was the supplier of steel for three Dolphin-class submarines and four Sa’ar 6-class corvette that were purchased from the German company ThyssenKrupp by Israel under Netanyahu’s control. It so happened that Netanyahu held stock in his cousin’s business, but the AG opted not to charge him in the Submarines case, in which many former senior Navy officers were taken down.

Most forum members advised the AG to allow the prime minister to raise the money from Milikowski, but Mandelblit did not accept their opinion.

Two camps had been created within the secret forum over time: Stern and Shani usually tended to be harsher with Netanyahu, even though they suggested he should be allowed to get help from his American cousin, offered to accede to his request regarding the financing of the defense. In contrast, Albashan and Gavison presented a more conservative and lenient stance. Mautner moved between the two camps.

One of the most heated discussions in the secret forum concerned allegations of leaks from the police and the Justice Ministry, and how to deal with them. Some of the members called on Mandelblit to look into the matter, but he objected, claiming that the defense attorneys were responsible for the leaks. Following this, some of the members went public against the AG. In October 2019, while participating in secret discussions with the AG, Prof. Gavison posted on Facebook: “I am afraid that Netanyahu does not have a chance to receive a fair trial. There has been too much trial by the media. By now it would be very difficult to end it any other way. This is a tragedy for Bibi but also a very bad thing for the state and society. I would be very happy if a path could be found to eliminate the criminal charges, but it definitely won’t be easy. No good ever comes out of such collisions. There are no winners.”

According to forum members, Mandelblit was very angry about the post and shared his feelings with forum members. Some of the members rebuked Gavison for her remarks, and others told her that even though they agreed with her, she should have told Mandelblit before posting.

On occasion, the discussions in the secret forum deviated from the cases against the prime minister. On one such occasion, Mandelblit wondered how he should respond to the corrosive speech by Deputy AG Dina Zilber (“Give us obedient AGs, castrated artists, restrained media, a disciplined and trained nation whose thinking is uniform”), which led to a confrontation between her and Justice Minister Ayelet Shaked. The AG eventually rebuked Zilber publicly. Another off-topic issue that was discussed in the forum was the Nationality Law.

Mandelblit’s office issued a response saying the AG had conferred with several groups from across the Israeli public, and that the forum was not established as an advisory group on concrete issues, was not asked to give recommendations, and consequently did not receive any internal information connected to a case. “This is in no way a bypass forum of the usual discussion venues in the State Attorney’s Office and the Attorney General’s advice to the government.” 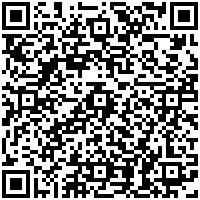