Prime Minister Benjamin Netanyahu on Monday night spoke with Public Security Minister Gilad Erdan, Israel Police Acting Commissioner Motti Cohen, National Security Council (NSC) head Meir Ben-Shabbat and other officials following the violation of the directives and the lighting of bonfires that led to large-scale gatherings in Jerusalem and Beit Shemesh. NSC head Ben-Shabbat said that such behavior was liable to lead to outbreaks of morbidity.

Just when we were getting out of lockdown…guess we’ll be back in 2 weeks https://t.co/igrpOXxXOs

Netanyahu strongly condemned the violation of the rules and said that enforcement should be increased forthwith, including the dispersal of the gatherings. Meanwhile, on Mt. Meron, some of Israel’s religious leaders lit legal bonfires: 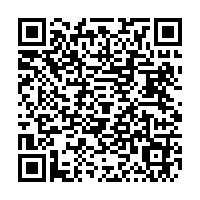