Is prime Minister Netanyahu for or against the death penalty for terrorists? The answer, according to Israeli media, is “both.”

A case in point is the PM’s statements following the July 21 murder of three members of the Solomon family in the Neveh Tzuf settlement in Samaria. At a cabinet meeting on July 25, Defense Minister Avigdor Liberman (Yisrael Beiteinu), a longtime advocate of the death penalty for terrorists, suggested the military prosecution seek the death penalty for the Neveh Tzuf terrorist, who had been caught alive. Transportation Minister Yisrael Katz (Likud) supported Liberman’s proposal.


According to sources who spoke to Ha’aretz at the time, Attorney General Avichai Mandelblit objected to Liberman, noting a military prosecution policy of not seeking the death penalty. Mandelblit said that because of the broad political repercussions, he should not be making this decision on his own and asked for an explicit authorization from the cabinet for the move.

At that point, according to Ha’aretz, Netanyahu cut off the debate, essentially curbing hid defense minister’s initiative.

But only two days later, as Netanyahu was making a shiva call at the Salomon family’s home, he declared, on the record, that “the death penalty for terrorists is something for which the time has come. It is anchored in the law, it requires a unanimous ruling of the judges, but if you also want to know the government’s position on this matter – my position as prime minister in a case of such a vile murder is: he must be executed. We simply must make sure that he does not smile anymore.”

Israel inherited the British Mandate of Palestine code of law, which included the death penalty for several offenses, but in 1954 Israel abolished the death penalty for murder, and although it remains as a legal option, Israel has not used the death penalty – with the exception of the 1962 execution of Holocaust architect Adolf Eichmann. In 1988, concentration camp guard John Demjanjuk was sentenced to death for war crimes and crimes against humanity, but his conviction was later overturned. 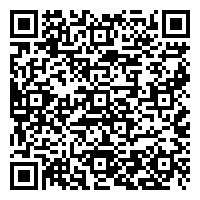