Rightwing group Ateret Cohanim was willing to pay as much as $4.5 million for the Petra Hostel, a large, 30-room building near the Old City’s Jaffa Gate, which was owned by the Greek Orthodox Patriarchate – and ended up paying only a ninth of that amount, $500,000, according to a Sunday report in Ha’aretz. It was one of three transactions Ateret Kohanim concluded in 2004 with Patriarch Irenaios, which eventually led to the patriarch’s Dismissal for corruption.

The Greek Orthodox Patriarchate is appealing to the Supreme Court this week the decision of the Jerusalem District Court last year, which determined that the prices at which three of the Patriarchate’s buildings were sold were reasonably low. The same court also ruled that the Patriarchate was unable to prove that Ateret Cohanim paid bribes to church officials in exchange for the deals.

The Patriarchate’s case regarding the purchase prices being unreasonably low hangs on its claim that Ateret Kohanim walked away with the Petra Hsotel paying one-ninth of its own original offer. The petitioners will offer the Supreme Court documents from a 1996 negotiations between Ateret Kohanim and a third party who shared ownership of the hostel, in which the Jewish group offered $4.5 million as key-fee – a real estate purchase involving a large payment up-front, followed by a small, monthly rent. According to Ha’aretz, the actual value of a property is commonly calculated as being 1.5 times the key-fee, meaning the purchase price in 2004 should have been $6.75 million – rather than $500,000.

Patriarch Theophilos, who replaced Irenaios, has also been under attack by his own rank and file, for selling large swaths of real estate to a Jewish firm, in western Jerusalem’s luxurious Rehavia neighborhood. His appeal of the Petra Hostel sale is a desperate attempt on his part to regain some of his prestige.

The appeal represents the first major case before the court under its new president, Justice Esther Hayut. The Justice has ruled in 2006 on a corruption case involving the Mayor of Nazareth Illit, Shimon Gapso, who did not take money but instead was served with the resignation of a political foe from the city council. Hayut saw no distinction between financial and any other type of corruption. 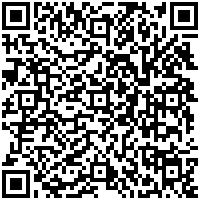