“The right-wing bloc led by the Likud has won a clear victory,” Netanyahu tweeted. “I thank the citizens of Israel for their trust. I will begin forming a right-wing government with our natural partners tonight.”


United Torah Judaism said after TV exit polls that Chairman Yakov Litzman had spoken with Netanyahu, and informed him that he would recommend him to President Reuven Rivlin to form the next coalition government.

A Blue and White spokesperson said Tuesday night, following the exit polls: “The people of Israel have spoken. In these elections there is a clear winner and a clear loser. Bibi promised he would win 40 seats and lost big time. The president sees this picture, and must assign forging the next government to the winner. There is no other option.”

Blue and White candidate list Yoaz Hendel said: “Netanyahu has finished his job, even if tomorrow morning he will receive another mandate or two in the poll samples. On July 9 he is facing a hearing [ahead of his indictments].”

Israel Beiteinu chairman Avigdor Liberman told a hastily put together press conference that his party’s results are much stronger than the sample results are showing, saying he was still waiting for the soldiers’ votes. Traditionally, soldiers tend to skew to the right.

Right-Wing Union chairman Rafi Peretz called party activists on Tuesday night that the exit poll results show a big win for the religious Zionist camp – which several commentators frowned at, seeing as the exit polls are showing 4 to 5 seats for a party that entered the campaign with 8 seats. Peretz also thanked his partner from the National Union, Bezalel Smotrich who labored tirelessly to salvage the partnership. He really did. This reporter received several dozen SMS messages from MK Smotrich over the past 48 hours alone.

Zehut chairman Moshe Feiglin, whose slate has failed to cross the threshold vote in all three exit polls, told party volunteers Tuesday night that the real results are decidedly different from these initial poll scores, and that party delegates are counting every single vote. 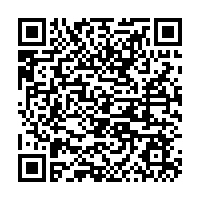