Israel’s 35th government, under the co-leadership of Likud chairman Benjamin Netanyahu and Blue&White chairman Benny Gantz, is, above anything else, an emergency national unity and reconciliation government, and as such its first five policy items are dedicated to handling and recovering from the coronavirus pandemic.

1. An emergency cabinet to deal with the pandemic.
2. Focus on beating the pandemic, including purchasing and coordination.
3. An economic recovery plan.
4. Economic and social safety nets.
5. Regulatory reforms to boost economic growth.

Then comes a segue paragraph that looks like it might lead up to declaring Israeli sovereignty over the Jewish settlements in the liberated territories, but doesn’t:

In addition, and in the belief that the Jewish people have an inviolable right to a sovereign state in the Land of Israel, the national and historic homeland of the Jewish people, the government will also address all issues relating to the peace, security and prosperity of Israel, among them in following areas:

Which is followed by 9 items detailing the new government’s policy on security, narrowing social gaps, creating equal opportunities, boosting the economy and productivity, bridging the gaps between different cultural sectors, maintaining the Jewish character of the state while respecting other religious groups, maintaining the Jewish and democratic character of the state based on the Declaration of Independence, encouraging Aliyah, strengthening peripheral communities, and encouraging a national dialogue.

So, it starts with some brave sounding words about the Jewish people’s inviolable right to a sovereign state in the Land of Israel, but ends without any mention of those grandiose pre-election promises about annexing the Jordan valley and the settlement blocs.

Which makes us wonder whether Wednesday’s visit by US Secretary of State Mike Pomepeo was about giving the US Administration’s support of sovereignty in Judea and Samaria, or about reaching an understanding with both co-prime ministers that there won’t be any action on sovereignty by their new government.

Which, incidentally, everybody in Israel knew was the case, except for those party apparatchiks who were paid to spread those false promises. It’s like the joke my late father loved to tell: A Soviet commissar arrives for an inspection of the kolkhoz (cooperative farm), and the secretary of the kolkhoz reports to him: Comrade, we had such a great yield this year, the mountain of potatoes reached up to God’s knees. So the commissar says, But Comrade Secretary, you know there is no God, to which the secretary replies: But Comrade Commissar, you know there are no potatoes.

The swearing-in of the new government is likely to take place only around midnight, Thursday, and possibly even later, following the agreement between Likud and United Torah Judaism close to midnight Wednesday, and the signing with Orly Levy-Abekasis during the night. If Rabbi Rafi Peretz jumps ship from Yamina to sign his separate agreement during the day Thursday, his and Orly’s swearing-in will probably be postponed to next week. That would be a group picture of two nationalist politicians who will betray their voters. For Peretz this would be a second stab-in-the-back of his former friends and allies, the first having been Itamar Ben-Gvir from Otzma Yehudit. These things probably get easier the more times you do them.

And now, the moment we’ve all been waiting for, the partial list of presumptive government ministers:

Minister of the Interior, Negev and Galilee: Aryeh Deri (Shas)

Finally: one of the points Netanyahu was making during his hard-nosed, no-holds-barred match with Naftali Bennett had to do with how many portfolios should go to a party with “only six seats.” Bibi felt that he was more than generous when he offered Bennett’s Yamina party two ministries, one deputy minister and one chairmanship of a relatively inconsequential Knesset committee. Meanwhile, the Labor delegation of three ship jumpers received three portfolios, and Blue&White received almost a portfolio for every MK.

Here’s hoping someone in the Religious Zionist camp is taking notes. 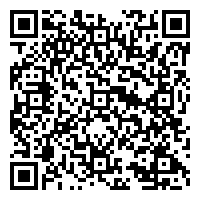