The State Comptroller’s Finance Committee on Permits on Monday morning rejected Prime Minister Benjamin Netanyahu’s request to approve the financing of his legal expenses by his associates. According to the committee, Netanyahu had not provide information on his financial capabilities, contrary to the committee’s request.


The State Comptroller’s Finance Committee on Permits was established in 1980 to evaluate requests by elected officials for personal deviations from the rules of ethics.

In 2018, Minister Yoav Galant (Likud) asked the committee to allow him to receive two tickets worth $2,200 to the final World Cup game from businessman Rami Unger. The committee approved, conditioned on Galant donating an equivalent amount (10,000 shekel) to an organization that assists lone soldiers.

On Sunday night, the PM tried to receive another 30-day postponement before the committee decided on his request, citing the coming September elections and being in the process of requesting permission from the comptroller himself to take out a loan. But the committee rejected this request.

Shlomo Raz, spokesman for the comptroller’s office, tweeted on Sunday: “The committee notes that the request which was filed at the last minute was not acceptable.”

The committee’s Monday morning decision means the PM must return the $300,000 he had already received from a close associate.

In its announcement, the committee said that all responsible parties – apparently referring to the Attorney General Avichai Mandelblit – must ensure that Netanyahu fulfills this requirement in a reasonable time.

According to Kan News, the comptroller himself, Matanyahu Engelman, caused the delay in approving Netanyahu’s request to take out a loan, by conditioning it on the approval of the AG, but so far the PM has yet to approach Mandelblit on this matter.

Netanyahu has been busy gathering a new legal team. Currently his three cases are being taken care of by a single attorney. The rest of his current team say they have not been paid yet and have threatened to resign lest they be compensated. 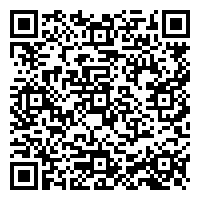