Gantz was expected to be the first to receive the mandate from Rivlin to form a coalition government at noon on Monday. However, Rivlin announced he would meet with Prime Minister Benjamin Netanyahu and Gantz on Sunday evening before making a final decision on the matter, which is due by Tuesday.

Netanyahu was only able to muster 58 MKs in his bloc, compared with the 61 supporting Gantz.

“I will meet representatives of the parties to hear their views. Let me remind you: on assigning the task of forming a government, all our elected leaders; the president of the state is the representative of all Israeli citizens.

“He himself does not form a government. It is the Knesset that forms the government.

“In the process of consultations with the parties the role of the president, my role, is to clarify which Member of Knesset has the best chance. With that, I believe that anyone who has watched the news in recent days understands that this is a time of trial and that these are not regular consultations. We must now deal with forming a government as soon as possible.”

“I ask of all party representatives who came here to do so in the understanding that we must now deal with forming a government as soon as possible to lead our people at this complex time.

“It may be that forming a government demands interim arrangements for the coming months. I have no doubt that this is what the people expects of its leaders at this time. In this spirit, and in order to respect the will of the people, as it was expressed in the elections, I will use my judgement as president of the state. Israeli presidents have always been faithful to the letter and the spirit of the law. That is how I have acted and will continue to act. God bless you all.

Rivlin is scheduled to present the mandate to Gantz at noon on Monday, the president’s office said in a statement. “Tomorrow around midday the president will assign the task of forming the government to the head of Kachol Lavan, MK Benny Gantz,” the office said.

The former IDF chief of staff managed to win the support of 61 Knesset members, who included the 15 members of the Arab Joint List headed by MK Ayman Odeh, who firmly insists the potentially leftist government to be formed by Gantz will support legislation ruling the Temple Mount be restricted solely to Arabs. Also supporting the Blue & White faction was the leftist Meretz-Gesher-Labor faction, and Avigdor Liberman’s Yisroel Beytenu party.

However, there are a number of people in the Blue & White faction who oppose the current makeup of the proposed minority government. As a result, it is possible the final total of the coalition might not add up to the necessary 62 mandates required to reach a winning coalition. 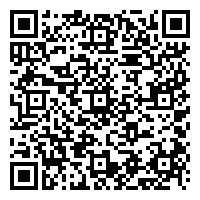