The announcement came two days after Prime Minister Benjamin Netanyahu announced that Israel is not extending the mandate of TIPH, the Temporary International Presence in Hebron.


The WCC’s flagship project, Ecumenical Accompaniment Program in Palestine and Israel (EAPPI), sends activists to Israel to “monitor” and “report human rights abuses.” It has been accused by pro-Zionist groups such as Im Tirtzu, NGO Monitor, and DMU of promoting anti-Israel rhetoric and supporting the BDS movement.

Over the past few months, members of Im Tirtzu have been regularly disrupting the activities of EAPPI in Hebron, and their videos on social media been a source of information to hundreds of thousands. Or, as WCC put it: “The non-renewal of this mandate and the intensified harassment of WCC’s program and other NGO presences (sic.) threatens to eliminate any international monitoring and protective presence from one of the most volatile situations in the occupied Palestinian territories, at a time when the vision of a secure and sustainable peace in the region seems more remote than ever.”

Im Tirtzu CEO Matan Peleg, like yours truly, welcomed this announcement and vowed to continue protecting IDF soldiers from the “Ecumenical Accompaniers.”

“We are pleased to see that foreign-government funded, delegitimization organizations are beginning to leave Hebron,” Peleg stated, adding, “These organizations do nothing apart from fuel the fires of conflict and provoke IDF soldiers, and they are the true obstacle to peace.” 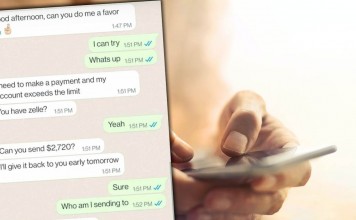