Chabad emissary Rabbi Ovadia Isakov is in critical condition in Rabin Medical Center in Israel, where he was flown on a private emergency flight after being shot in the chest by one or more unidentified assailant around 1 a.m. Thursday.

He is in serious to critical in the Intensive Care Unit at the hospital, formerly known as Bellinson Hospital and located in Petach Tikvah, adjacent to Tel Aviv.


Russian Jews financed the flight, reportedly on an Israeli Air Force plane, after doctors in Russia determined he was able to be flown to Israel. He was accompanied by a three-man medical team, consisting of a surgeon, paramedic and critical care physician, Chabad reported.

Rabbi Isakov was seriously wounded when he was shot at short range after he stepped out of his car near his home in the Russian city of Derbent, located in the predominantly Muslim republic of Dagestan in southeastern Russia.

The Jewish community assumes that the attack was a hate crime, and Russian police say the motive probably was anti-Semitic.

“Religious activity of Isakov is one of the attempted murder theories of the detectives,” police said.

Extremists “have put themselves not only outside of any religion but also apart from humankind; their only goal is to kill innocent people, chiefly those who promote eternal values, morals and spirituality, in this world,” Rabbi Lazar said in a statement quoted by Interfax.

“There is not and can be no compromise with terrorists: the state is not only entitled to but also obliged to use all means available against them. Several well-known muftis in the Caucasus, who professed moderate Islam and who called for inter-ethnic and inter-religious peace, have died at the hands of such thugs.”

Six years ago, the rabbi’s family home was attached while he, his wife and nine-month-old baby were in their bedroom. 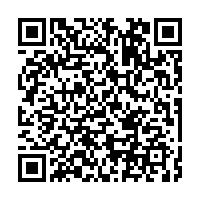