Following a year and a half of being barred from ascending the Temple Mount, police voided the indictment against tour guide and Temple Mount faithful extraordinaire Rabbi Yehuda Glick, and he was acquitted of the charges of breaking the arm of a Muslim woman on the sacred compound. According to the Temple Mount Faithful movement, police had insisted on barring Rabbi Glick from the Temple Mount even after an assassination attempt against him by an Arab terrorist — in fact they claimed the attempt “only made him more dangerous.”

Naturally, anyone who has met the skinny, jovial, redheaded America-born Rabbi Glick knows full well that he simply isn’t capable of hurting a fly, never mind attacking a grown Muslim woman. Luckily, the Jerusalem court also couldn’t bring itself to placing even a shred of faith in the testimony of Zoya Badrana, who claimed Glick had pushed her down on the ground, causing her injury.


Rabbi Glick now expects to go back to guiding groups of visitors around the parameter of the holiest Jewish site on the planet — despite the fact that most Jews, for a variety of religious and political reasons, prefer to congregate down below, near a supporting wall erected by Herod (the Western Wall).

Glick responded on Thursday: “There are many here who should do a personal introspection over this, but at this point I’m not yet dealing with that, but instead giving thanks to God and all His messengers for the ending of a nightmarish period during which a citizen had to deal with fighting for his life in the ICU, while combating a system that was supposed to protect him but instead joined hands with our worst enemies in an act that amounted to judicial terrorism.” 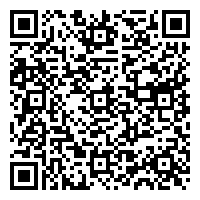