Singapore on Monday ordered the expulsion of Imam Nalla Mohamed Abdul Jameel and fined him about $3,000 for his remarks against Jews and Christians in a Friday sermon at a local mosque, Channel News Asia reported.

Abdul Jameel, 47, pleaded guilty to a charge of promoting enmity between different groups on grounds of religion or race.

Last February, a video of the imam reciting a prayer in Arabic that said “God help us against Jews and Christians” surfaced online.

The imam explained that the verse read, “God help us against Jews and Christians,” came from an old Arabic text he had learned in his village in India, not from the Koran.

The Ministry of Home Affairs said in a statement: “Any religious leader from any religion who makes such statements will be held accountable for their actions. Under Singapore law, we cannot, regardless of his religion, allow anyone to preach or act divisively and justify that by reference to a religious text.”

The Imam last week apologized to a group of leaders from various faiths at a closed-door meeting. 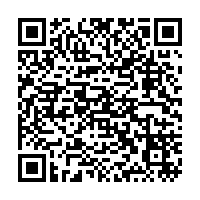