A routine meet-and-greet between the new Foreign Ministry Director Yuval Rotem and 28 EU member states’ Ambassadors to Israel last week erupted into an explosive protest against Israel’s plans to demolish 42 illegal structures and evict Bedouin squatters from an outpost in Area E1, between Ma’ale Adumim and Jerusalem, Ha’aretz reported Tuesday.

As soon as the largely social event at the Dan Hotel in Tel Aviv began, Lars Faarburg-Andersen, the European Union Ambassador to Israel, announced that he wishes to use that opportunity to deliver to Rotem a message approved by the EU political-security committee, in which all 28 member states are represented. Faarburg-Andersen then pulled out a one-page document and started reading.


Among other things, the document, a copy of which Ha’aretz included in its report, describes the transient Bedouin squatters’ illegal outpost Khan al-Ahmar as “140 Palestine refugees who have been living in the community since the 1950s.”

In mid-February, COGAT distributed demolition orders to the entire outpost, all 42 structures. The move is seen as Israel’s determination to create an urban-sprawl connecting Jerusalem and Ma’ale Adumim, effectively cutting in half any future Palestinian State.

This is the EU document, obtained by Ha’aretz:

Ha’aretz quotes diplomats who were present at the unanticipated confrontation, who said the atmosphere became very tense, very quickly. Rotem, apparently, told his guests sarcastically: “What a wonderful way to start the first meeting with the foreign office director…”

The Netanyahu government’s determination (or lack thereof) to continue leveling the illegal Arab obstruction to contiguous Jewish control over E1 could also determine the future of the current coalition. The majority of Likud MKs and the entire Habayit Hayehudi in the Knesset are planning to support a bill to establish Ma’ale Adumim as the first Judea and Samaria settlement town to be brought in under the umbrella of Israeli law, effectively annexing it. Should Netanyahu now capitulate to this unprecedented, direct European pressure, he could kiss his right-flank support come election time.

But the PM’s refusal to let the Bedouins stay where they are (COGAT has been avoiding the demolition of this illegal outpost for years), could become the focal point of a new, anti-Israel campaign, which would be driven by the EU’s awareness of Area E1 being the point where Palestinian State hopes live or die. 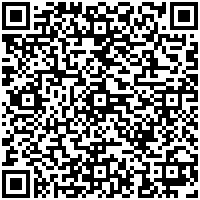