It’s going to be a packed Wednesday night for moon-loving earthlings of every persuasion, including the atheists among us – our silvery satellite will have something for everyone, for the first time since 1866.

First, Tuesday night and Wednesday mark the fifteenth day of the Jewish lunar month of Shvat, otherwise known as Tu B’Shvat, the new year for trees. Tu B’Shvat as the cut-off date for calculating the age of a tree until it is permissible to eat its fruits in its fourth year. If the tree were planted before Tu B’Shvat, that time counts as one year by the time to holiday arrives – even if we planted it one day before the new year. Other commandments also depend on Tu B’Shvat, but they involve bringing the first fruit as sacrifice in the Temple.


Then there’s the moon eclipse, visible in the US before sunrise on Wednesday, and in the Middle East, Asia, eastern Russia, Australia and New Zealand during the moonrise on Wednesday morning. According to Gordon Johnston, program executive at NASA, “Weather permitting, the west coast, Alaska and Hawaii will have a spectacular view of totality from start to finish,” everyone else’s view won’t be quite as spectacular.

But then there’s the fact that lunar eclipses are associated with the Blood Moon: due to its reddish color, a totally eclipsed moon is referred to with that ominous name. When sunlight passes through the earth’s atmosphere, it filters and refracts in such a way that the green to violet lights on the spectrum scatter more strongly than the red light. This results the moon looking redder.

The blood moon prophecy was a set of apocalyptic beliefs pushed by Christian ministers John Hagee and Mark Biltz, who suggested that the Tetrad—four consecutive lunar eclipses coinciding on Jewish holidays with six full moons in between, and no intervening partial lunar eclipses, which began with the April 2014 lunar eclipse—was a sign of the beginning of the end of times as described in the Book of Joel 3:4. The Christian biblical translations misplace this prophecy, a reference to which appears in two New Testament books. The following is a translation of the original Hebrew text, Joel 3, verses 1-5:

“The sun will be turned into darkness and the moon into blood before the coming of God’s great and terrible Day.

“At that time, whoever calls the name of God will escape, for on Mount Zion and Jerusalem there will be refugees, as God has promised: among the survivors will be those whom God has called.”

The Hagee and Biltz Tetrad ended with the lunar eclipse on September 27-28, 2015, and a year later, in November 2016, the world began to change, possibly. Or not – you decide. Prophecies are very flexible.

Finally, Wednesday also offers a Blue Moon, which is a strictly solar-calendar event: a blue moon is an additional full moon that appears in a given month of the common calendar. According to American astronomer Phil Plait, the term has traditionally referred to an “extra” full moon, where a year which normally has 12 full moons gets 13 instead. The “blue moon” reference is applied to the third full moon in a season with four full moons, thus correcting the timing of the last month of a season that would have otherwise been expected too early. This happens every two to three years, with a total of seven times in the solar-lunar cycle of 19 years.

All of the above may remain invisible should the heavens be clouded over, for which we apologize in advance. 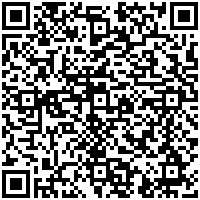