Another allegation is that military law governs Arabs while settlers are under civil law. Not exactly true. With the exception of a couple dozen laws, settlers like myself are under military law. I cannot build a porch without the permission of the Defense Minister. My Palestinian neighbors can build on the shoulders of the main highway, and no authority will say “boo.” I am not protected by many laws that do not apply under “military rule.”


Falk, with amazing timing considering that the annual Israel Apartheid Week gets underway this week, re-asserted his claims that Israel is an apartheid state. “It seems incontestable that Israeli measures do divide the population of the Occupied Palestinian Territory along racial lines, create separate reserves for Palestinians and expropriate their land,” Falk wrote.

Virtually all of our readers, and let’s assume Falk is not one of them, know that the security fence, sometimes a wall, separates terrorists from human beings, whether Arab or Jew.

Palestinians are not on “reserves.” They live in their cities and villages, expand them at will. Every day they grab more of what once was Jordanian government land when Amman was occupying the Judea and Samaria. Across the highway from my community in the southern Hebron Hills, they have torn out crops planted by Jewish farmers and have built their own settlements with virtually no interference from the government.

Falk’s solution” to all of the sins of Egypt and the Palestinian Authority is to boycott Israel, he said in his report.

U.N. member states should consider imposing a ban on imports of produce from Jewish settlements in the West Bank, Falk said in his final report to the U.N. Human Rights Council after serving six years in the independent post.

That is racism, according to Falk and his anti-Zionist buddies. That is democracy in action. 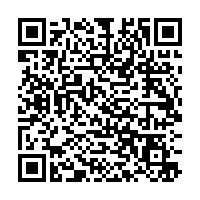