For the third time in four weeks, weather forecasters are predicting a powerful storm will hit Israel this weekend. But water officials continue to warn that the heavy rain will not boost the country out of a serious drought situation.


After drier-than-usual conditions over the beginning of the rainy season from October to December, the country has received 5,231 cubic millimeters of rain, less than half of the yearly average of 11,635 cubic millimeters.

Consequently, the national water sector has reached dangerous levels, symbolized most potently by the Sea of Galilee level, which currently stands at -214.185 meters below sea level, or 5.37 meters below the upper red line, which would indicate that the lake is full.

Despite the recent rains, the lake is still 1.17 meters below the bottom red line, the point at which ecologists say the lack of water begins to impact the quality of water as well as the ecological balance, and just 70 centimeters above the lowest water level ever measured in the lake.

Without a sharp turnaround by the end of the rainy season in March, the Israel Meteorological Service will declare the fifth drought year in a row, only the third instance of such a prolonged drought in the past 100 years. Other instances occurred in the 1930s and 1950s.

Dr. Daniel (Dani) Kurtzman, an expert in soil, water and environmental science at the Volcani Research Center in Beit Dagan said Israel will be able to cope with the water shortage using a series of steps, including treating grey water for agricultural use and a water-saving campaign planned for February or March.

“There will be no water cuts in private homes, but possibly in agriculture,” Kurtzman said when asked about the coming months.

“Since we built desalination plants, we’ve got enough water. The problem is that the desalinated water still does not reach many areas in Israel due to a lack of a hydraulic system, especially in the north.”

Kurtzman said that in the Negev there would be enough water for agriculture thanks to the treatment of sewage from the Dan region. “Cities will always produce the same quantity of sewage,” Kurtzman told TPS. “The problem is in the regions where they can use only local water like the Arava Desert, the Golan Heights and even, surprisingly, in the Tiberias region.”

To address the issue, the Ministry of Energy has budgeted NIS 870 million over 2018/19 for new desalination plants, increasing deep drilling projects to look for new water sources, increasing the purchase of desalinated water, reducing quotas for farmers and reducing consumption by local authorities and institutions.

Barak Omega, a social activist who comments on behalf of the farming industry, said the ongoing water shortage has simply forced many farmers out of business. And even for the ones who are surviving, they are using their full allotment of water now, meaning that when it gets hot in April and they will really need it, prices will rise exponentially.

Omega also said that government efforts to identify new water sources are not as promising as they may sound.

“Yes, it’s true that government is trying to find water in other places. But the quality of the water will be very poor. So for now, the vegetables are fine, but the earth is losing its minerals and soil structure. So in future, the quality of local fruit and vegetables will go down,” Omega said. 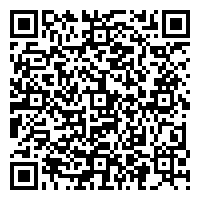