An Israeli technology is providing voice and video communications between rescue workers and 12 teenage members of a soccer team and their coach who have been stranded in a flooded underground cave system since June 23rd in Tham Luang, northern Thailand.

Maxtech Networks, an Israeli technology that allows smart devices to communicate with one another even in extreme situations and in the absence of reception. The idea is elementary: The instruments work together like rings in a chain. Each device creates a bridge with the next one, to allow continuous transmission of data, between the first and last element of the relay.

Moshe Ashkenazi, a local sales agent for Maxtech in Thailand, was asked by the Thai military for help in communicating with the first responders. His company arranged for rescue teams to use his company’s devices — worth some $100,000 — soon after the team was trapped by the flooding in an intricate, deep underground cave system on June 23.

Software engineer Yuval Zalmanov set out from Israel with 17 Maxtech radio units; he immediately trained emergency crews in how to use the technology, and the devices were in use less than 12 hours later.

Uzi Hanuni, CEO of Maxtech, said he first thought of the idea to create reception technology that does not rely on direct lines of sight to be used in emergency situations while watching rescue efforts on September 11, 2001.

Israel’s ambassador to Thailand, Meir Shlomo, was ordered this weekend by Prime Minister Benjamin Netanyahu to go to the site where diving teams, medics and security forces are gathered as the rescue of the trapped boys and their 25-year-old coach began Sunday morning. Each is being accompanied by two divers on the four kilometer swim.

Four of the twelve boys had already been rescued by nightfall local time as divers worked steadily in a race against time, with meteorologists warning that monsoon rains were on the way.

Mara Vigevani and TPS contributed content to this report. 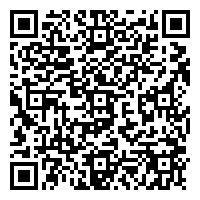