Israeli supermodel Bar Rafaeli is not all bad. She dodged the IDF and romanced tie with a non-Jew, but she draws the line at Roger Waters’ using her photo for his Boycott Israel campaign.

Bar Rafaeli put Waters on the spot Wednesday after he once again appealed to artists to boycott Israel, even though he once used a picture of Rafaeli to promote one of his concerts.

Waters’ latest letter to entertainers, part of which can be read here, asked them “to declare a cultural boycott on Israel…and support all our brothers and sisters in Palestine and Israel who are struggling to end all forms of Israeli oppression.”

Bar Rafaeli tweeted, “Crazy thing … Went to the Roger Waters show in Paris, and saw a pic of myself on the wall!!! #respect!!! I’m honored” but after reading his letter, she let off steam.

“Roger Waters, you better take my picture off of the video art at your shows. If you’re boycotting – go all the way,” Rafaeli tweeted in Hebrew on Wednesday.

She called him “ comfortably dumb” on his boycott Israel campaign.

Rafaeli’s challenge, that if he really wants to boycott Israel he can boycott her pictures also, echoes the pathetic lack of commitment of previous Israeli boycotters, who forget that their computers, mobile phones, generic medicines and a ton of other products are Israeli-made or designed.

Bar Rafaeli is probably the last person one would expect to challenge the Boycott Israel movement and is another example of Israel’s always having a secret defense weapon.

She  has not been a favorite of the national religious crowd. She dodged the IDF draft requirement for women, reportedly by marrying, which granted her an exemption, and then divorcing him.

After a threat to boycott her “Fox” fashion chain, Rafaeli agreed to visit injured IDF soldiers on visits to Israel and encourage enlistment in the army.

“I don’t regret not enlisting, because it paid off big time,” she later wrote. “That’s just the way it is; celebrities have other needs. I hope my case has influenced the army.”

She also offended Israelis, and not just the orthodox, for her former romantic relationship with non-Jewish American actor Leonardo DiCaprio.

One nationalist Israeli organization asker her in a letter not to marry a non-Jew the sake of “future generations of Jews.”

Four years ago, Haredim in Israel censured her for putting “poison” in Israeli society by allowing a Tel Aviv billboard campaign to feature  a picture of her semi-naked. The billboards later were removed.

She may be secular and not a fan of serving in the IDF, but under almost every Sabra there is a Zionist heart.

Waters got it in his head to promote the Boycott Israel movement after having ignored boycott advocates and arriving in Israel in 2005 to perform. Leftists gave him their side of the story at the security fence near Bethlehem, and he canceled his show in Tel Aviv and moved it to an Arab-Jewish community.

Rolling Stone reported earlier this year that he was re-considering  his position on the boycott campaign.

He didn’t think very much and penned his latest letter this past week, showing Rafaeli he really is ”dumb” about the boycott. 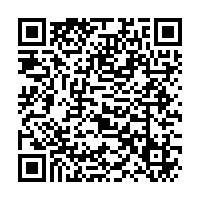