Taliban suicide terrorists attacked the second largest U.S. base in Afghanistan, near the border with Pakistan, Monday morning. No American deaths were reported, but the number of those wounded and the extent of injuries are not known because U.S. Army policy does not issue details on injuries.

The attack, marked by explosions that apparently were caused a team of suicide bombers, forced the closure of a major highway that NATO uses as a supply route between Pakistani and Afghanistan.

President Barack Obama is planning to pull American soldiers out of Afghanistan by the end of 2014, and Taliban may be trying to examine the strength of the Afghanistan government, the BBC reported.

Monday morning’s attack comes at a bad time for President Obama, who is fighting opinion polls that show American to be dead-set against an American military operation in Syria aimed at stopping chemical and biological warfare by the Assad regime.

Another U.S. soldier was killed on Saturday in Afghanistan, Staff Sgt. Joshua J. Bowden of Georgia died from wounded suffered when terrorists attacked his patrol. More than 120 NATO soldiers, most of them Americans, have been killed in fighting in Afghanistan this year. 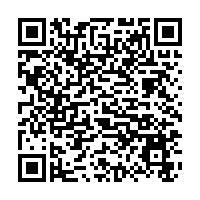