The military court in Judea on Sunday convicted five relatives of Omar al-Abed, the 20-year-old terrorist who murdered three members of the Solomon family in Neveh Tzuf last month, of failure to prevent a crime. The five, his mother, father, two of his brothers and an uncle, were convicted because the court ruled they had known of his intention to carry out the attack and did not inform security authorities to prevent it.

The IDF Spokesperson announced that al-Abed’s two brothers and uncle were sentenced to eight months in prison, his father to two months, and his mother to one month and a fine. The mother had already been convicted earlier of incitement, in a separate proceeding, for comments she made after the attack.

All five were also sentenced to suspended prison terms.

The five indictments were filed after the Military Advocate General’s Office had determined that they had read Al-Abed’s Facebook post a few hours before the attack, in which he declared that he was “writing his will” and that he intended to carry out an attack.

“I’m young, not more than 20, I’ve had many dreams and ambitions. But what life is this, when our wives and young men are murdered without any justification. They desecrate the al-Aqsa mosque and we are asleep, it’s a shame that we sit idly by,” went the post. “You, who have weapons in your hands and they are worn out – you who only take out your weapons at weddings and celebrations, are you not ashamed of yourselves?”

In the indictment against the terrorist himself, which was filed last week, it was stated that a female acquaintance who lives in Gaza who had received his account info in advance, posted the message for al-Abed a few hours before the attack, when he was on his way to Neveh Tzuf.

The five convicted family members received different prison terms based on the extent of their involvement. According to the ruling, the uncle arrived at the family home after seeing the post on Facebook, about an hour before the attack. He was let in by the two brothers who were in the house, and by the mother. Having read the post, the four called the father asking him to return home and read the post again with him.

According to the ruling, they all understood that Omar al-‘Abd intended to carry out an attack, and chose not to alert the authorities. The ruling was based on a plea deal in which the defendants confessed their guilt and confirmed the details of the indictment. 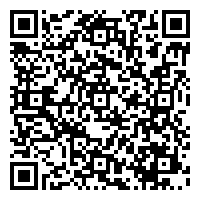